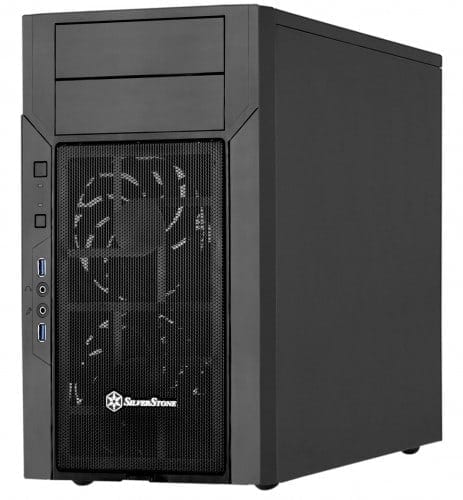 Wait. Didn’t Silverstone just release the KL05 last month? Isn’t that like launching a sequel back to back and expecting both to do well? Thankfully this is not the case as the Silverstone KL06 is a completely different case, supporting Micro ATX boards only. It’s based closely off the TJ08-E and PS07 micro ATX cases which were some of the best executions of the form factor, allowing for dual graphics cards to be used easily. The case also had a somewhat unconventional “flipped” motherboard design, which places the motherboard tray on the side you’d normally opens. The Silverstone KL06 retains many of these unique features and updates them for today’s PC enthusiasts. 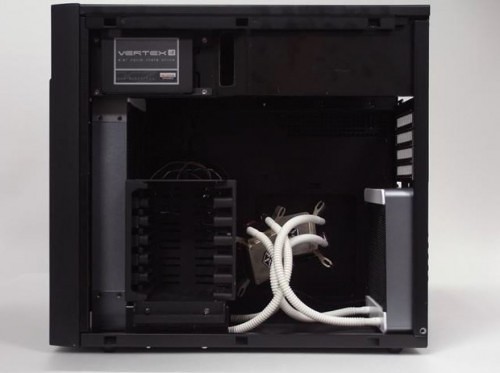 One of the biggest changes for the Silverstone KL06 over its predecessors is the support for water cooling. While the previous cases could be retrofitted, the new KL06 builds that right in, allowing for the mounting of a 240mm radiator in the front, and a 120mm radiator in the back. This would be useful for cooling a dual GPU setup along with a CPU. To allow as much room as possible to squeeze that front mount radiator in, Silverstone has drilled additional mounting holes on the bottom of the case, to allow you to move the cage over, for maximum compatibility with all thicknesses of radiators. 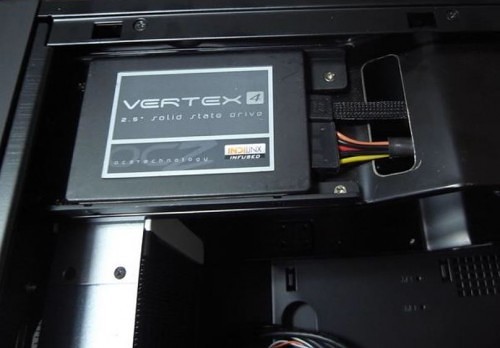 Speaking of the drive cage, the Silverstone KL06 has fully embraced SSDs with the ability to run up to seven SSDs in this cage, completely tool free. However, there is still room for a 3.5 inch drive and two 5.25 devices. They’ve even added an eighth SSD mount at the top of the case, in the space between the back panel (normally) and the 5.25 bays, using all available room there is. So, if you want to lose the bottom drive cages completely in place of a custom water cooling solution, you still have a place to mount an SSD. 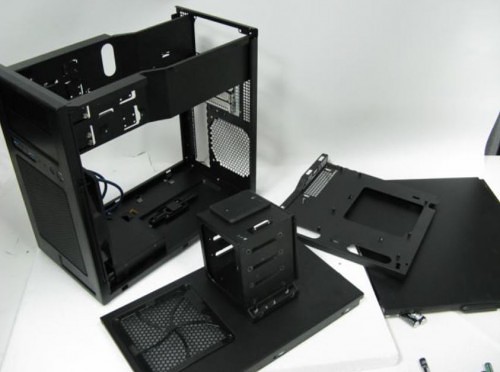 Speaking of custom, the case can be completely disassembled internally, so you can paint and mod up the interior as you please. The possibilities are pretty endless with this little case. 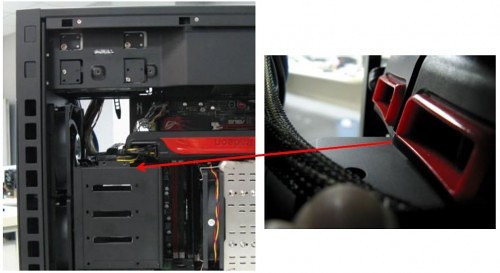 Finally, the case is built for both a single and dual GPU setup, and there is no limit to the length of card. Because of this, Silverstone has also added a GPU retention mechanism, on top of the drive cages, making it safe to carry your system around to the next LAN party, without having a GPU snap on you. Speaking of dual GPU setups, the case supports up to a 180mm power supply, so you’ll have no problems getting the juice you need to build a crazy dual GTX 980 system with a micro-ATX X99 motherboard.

Despite the small size, the support for up to dual GPUs, and the unique flipped motherboard design, the cases still manages to provide excellent cable management with a ton of room behind the motherboard for routing all your cables. Although having one of the short cable kits probably couldn’t hurt to cut down on cable clutter.

Like many of Silverstone’s cases, the KL06 will come in two styles, which include one version with the mesh front as shown, for the best possible ventilation, while a second version will materialize, with a covered front panel, for better noise reduction. We still don’t have any firm pricing or availability on this case, but hopefully that materializes sometime soon. More pictures in the gallery below if you want a closer look at what else it can do.

Stay tuned for more CES 2015 coverage, on stuff for computers.