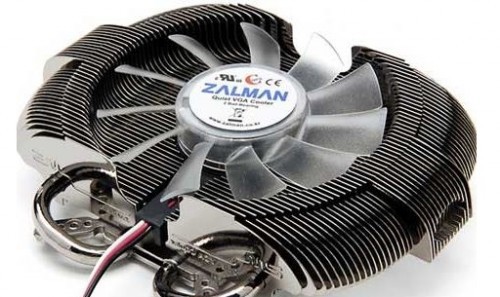 And so the Zalman saga continues. Earlier this week, we reported that Zalman declared bankruptcy after it was revealed that parent company Moneual defrauded banks for over $3 billion in loans, driving Zalman into the ground. Now we’re hearing that only half of that story is true.

The Moneual execs involved in the controversial scandal have reportedly been arrested and several more employees at Moneual have been indicted. However, Zalman has indicated that while they are “having some financial difficulties” over these “recent troubles,” it’s still business as usual at Zalman HQ. Owners of existing products will still have access to warranty services as applicable and new shoppers can continue to buy their favorite Zalman products.

A representative from Zalman USA issued the following statement:

I know that recently various media and other vendors are spreading rumors regarding Zalman going Bankrupt over the recent scandals in Korea by our parent company Moneual.

I wanted to assure you that these rumors of Zalman HQ going bankrupt are completely false. While our HQ is having some financial difficulties due to the recent troubles experienced by Moneual, Zalman is not going bankrupt. My HQ will provide an official statement towards the end of November explaining the current situation and direction of Zalman Tech.

Nothing will change for owners of existing products as they are still covered by warranty if applicable and we will always provide post-purchase support to our customers.

Meanwhile Zalman will continue to bring innovative performance oriented products to the PC component industry, we will be launching the new Z11 Neo PC Case to the NA market soon so be sure to keep an eye out for that.

It’s important to note that this statement came from Zalman USA and not from the official Zalman HQ in Korea. Given this, along with the statement released by the Japanese affiliate, it’s really starting to feel like each of the Zalman subsidiaries around the world operate somewhat independently as their own company.

As long as they can continue to place their orders through to their OEMs, putting Zalman’s “good” name on those products, it’ll continue to be business as usual, at least until all this fragmentation buries the Zalman house of cards altogether. In the meantime, if you have any warranty concerns with your Zalman product, I suggest you get that handled as soon as possible.

In any case, I guess we’ll get the final word when the official Zalman HQ statement is released at the end of the month.