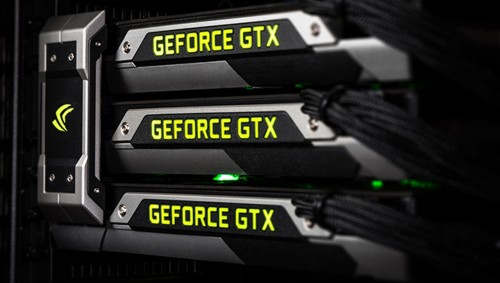 At NVIDIA’s GAME24 Event last week, the belle of the ball was clearly the GeForce GTX 980 and GTX 970. We’ve finished our review of the new flagship GPU based on the company’s second generation “Maxwell” architecture, and the company has a lot to be excited about. And of course, this makes all fans of PC Gaming very excited because the highest possible performance can be reached for less than $599 US today, which sounds a whole lot better than $1000 US for a Titan (or $2000 US for a Titan-Z). But the product that seemed to generate a whole lot of surprising excitement was the product above: NVIDIA’s new SLI bridges.

These SLI bridges have been floating around at shows for a little while now. But the excitement reached a boiling point during the MOD24 event at GAME24, when it was shown off to the public as part of the kits provided to the modding teams. The bridge matches the aesthetics of NVIDIA’s reference design for the GTX 980 (and previous Titan, Titan-Z, and GTX 780/Ti, plus GTX 690) perfectly with its grey and black color scheme, and NVIDIA logo emblazoned on top. If you have a multi-GPU setup with any of the aforementioned GPUs, this is the perfect finishing touch.

The NVIDIA SLI Bridge is Available in 2-Way SLI ($29.99), 2-Way Spaced SLI ($29.99) and a 3-Way SLI edition ($39.99), the NVIDIA branded bridges look fantastic, and really give a finished look to a reference GPU setup. They even support the LED Visualizer software, allowing you to control the LED on the GPU and on the bridge. Compared to all things you can spend on to mod/finish your build, this should be on your list.

Of course, if you plug this into a non-reference GPU design, you won’t get the LED visualizer control, or that very integrated look. So be aware of this limitation if you’re looking at non-reference solutions for the GTX 980 and GTX 970.

You can pick them up from the NVIDIA Web Store today. No word on whether we’ll see them available at your favourite online or local retailers.