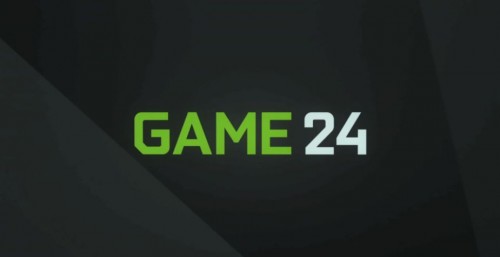 At 6PM PST today, NVIDIA will be kicking off their celebration of all things PC gaming. With events in Chicago, Los Angeles, London, Mission Viejo (Ca.), Indianapolis, Shanghai, and Stockholm, all synchronizing for 24 hrs straight, GAME24 is truly a global celebration of all things we love. Check out the trailer below to get absolutely pysched for this uniquely huge event that makes what we love even more awesome!

As part of the festivities, NVIDIA will be announcing new products, which likely mean the unveiling of their new GTX 9xx series of GPUs based on their Maxwell architecture, as well as co-announcements with game publishers, that will have demos that take full advantage of the features of the new hardware. And with that imminent launch, you’ll want to come back to Futurelooks shortly after the event for the benchmarks on the new hardware and what it can really do for today’s triple A titles.

And speaking of hardware, a new event called Mod24, is the world’s first 24-hour livestreamed modding competition and it will be held LIVE at GAME24. Pro modders from Team Mongoose, BSMODS, and Team Kill Ninja will be racing the clock right at NVIDIA HQ in Santa Clara, California, in front of a LIVE streaming audience from around the world. And the pressure will be even more intense as viewers of the live stream will also be the judges. PLUS, three lucky winners, will take home the top three builds.

In terms of gaming events, a DOTA 2 Invitational tournament is on the card, and will feature top pro teams including Evil Geniuses, Cloud 9, Team Tinker, and Alliance. They’ll be competing for over $15,000 in cash and prizes. Sure, it’s not $10 Million Dollars, but it’ll be a great show for all spectators nonetheless.

There’s tons more going on at the NVIDIA GAME24 event both in real life and online during the LIVE streams. Make sure you head to the official NVIDIA GAME24 site for the stream and more details on this EPIC event!