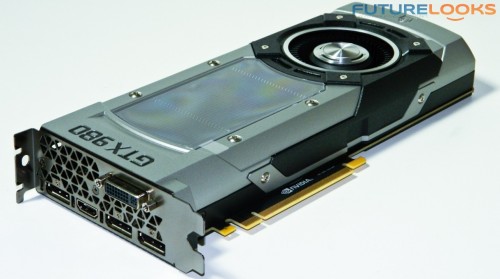 What kinds of graphic enhancements improve the gaming experience? For starters, Multi-Framed Sampling combined with AA sampling offer higher quality anti-aliasing settings with less performance cost. In other words, the extra ROPs lower the performance cost of 4xMSAA quality to the same cost as 2xMSAA settings. Ultimately, the GeForce GTX 980 is great for 2560×1600 gaming with maximum graphics settings and high levels of enabled AA sampling.

Note: Features can be enabled in the NVIDIA Control Panel or in some games. We noticed FXAA was a little brighter and contrasted better than 4xMSAA. The same was apparent in DSR over SR. Results are more noticeable on good quality monitors.

Notes: Features can be enabled in the NVIDIA Control Panel or in some games. We noticed DSR contrasts lighting and shadows more dynamically. Again, results are more noticeable on good quality monitors. 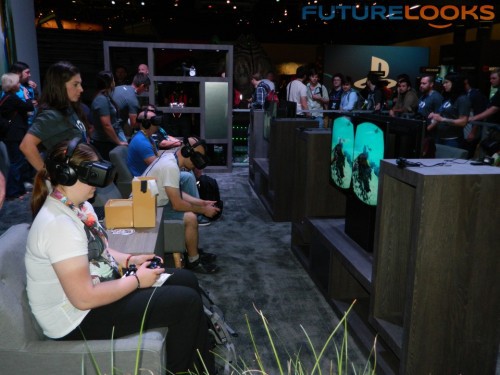 Additionally, VR Direct Technology offers support for VR headsets like the Oculus Rift. Originally, the standard latency was around 50 ms to render to the headset. Nvidia managed to achieve 40 ms working with MFAA sampling to achieve even less. Asynchronous Warp takes it a bit further by updating the previous frame rather than rendering a whole new one. In terms of SLI, frames are no longer alternately rendered by the cards. Instead, VR SLI separates each left and right frame locked to one card at a time. 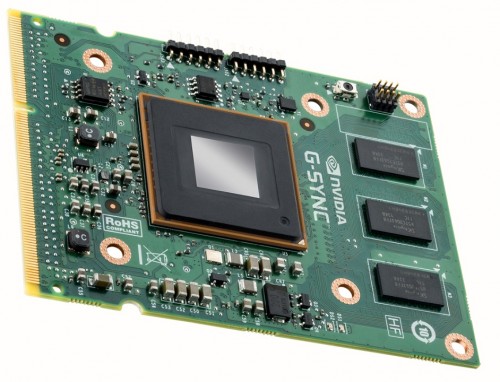 And, of course, we know that Maxwell 100% supports new G-Sync monitors. Those new monitors are arriving in the next few weeks. We recently talked to BenQ at PAX Prime 2014 who have the resources and capabilities to create extremely intuitive G-Sync monitors. Several of the monitors we previewed have on-the-fly 2K, 4K, and G-Sync settings. Functions are built in to the monitor and others come with an external puck that allows full dial control of all the aspects. Plus, their monitors support both AMD or NVIDIA GPU simply by changing a setting. Very impressive! 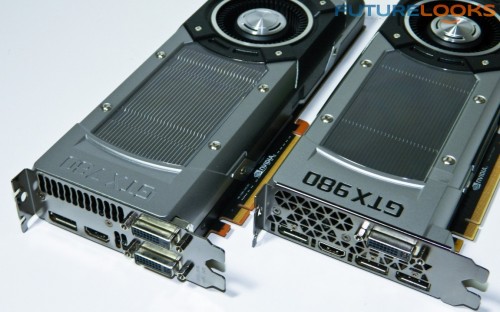 In order to push the GPU to the limit, we’re using an an Intel X99 based system, but expect a look at performance on the Z97 in a later article. All the drivers are the latest we can find from all the manufacturers at the time of writing. Here’s what our load out looks like…

At launch 344.07 GeForce WHQL driver were installed to test performance. 3D tests were conducted using maximum settings at a resolution of 1920 x 1080p (ASUS VH278HE).  Let’s get on with testing!