To see how the NEC MultiSync EX231W performed as a daily use LCD monitor, I ran it through a series of tasks that I would normally use on my computer. This included regular web browsing, image editing, video editing, HD movie watching, and playing some games. 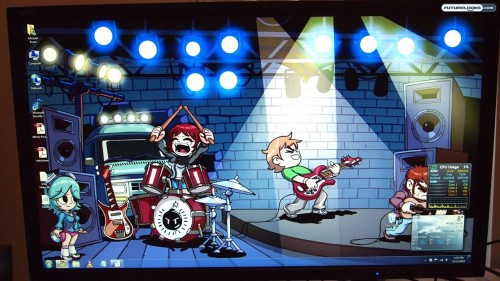 Based on my experience with this monitor, the overall performance was quite good. There was no noticeable ghosting during fast-paced action scenes in movies or the faster moving action in the PC game benchmarks I ran. The 1000:1 contrast ratio, though, sometimes felt a little lacking as the black levels weren’t quite as dark as they could have been and the white levels were similarly short. This is the nature of the TN panel used to meet performance levels at this price point.

Since this monitor is largely geared toward the business user, it’s not a deal breaker, but it is noteworthy if you were to consider it for pro video or photo work. My guess is that it has to do with the more matte-like finish on this screen compared to the glossy screens you find on many consumer LCDs. The colors don’t “pop” the same way on this screen, but it’s much easier on the eyes after longer periods of use, especially with loads of white on the screen (as would be the case with spreadsheets and word processors).

Aside from its thin bezel (which makes it a great option for multi-screen arrays), great build quality, and slim profile, another big selling point for the EX231W is its inclination to be as “green” as possible. This comes from four big features, all of which can be accessed through the on-screen display (which in turn is accessed by the touch-sensitive controls along the bezel). 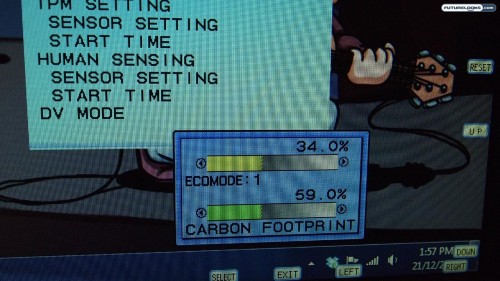 First, there is something called ECO mode. There are two settings for this mode, maxing out your screen brightness to either 80% or 40%. When you decrease your power consumption through ECO mode, you are also shown your carbon footprint too. That reminded me of the “leaf game” that shows up on the Honda CR-Z sports hybrid.

Second, there is an auto brightness setting. This will automatically adjust the brightness of the screen to an optimal setting based on either the ambient light level, the white display area, or both. Third, there is an Intelligent Power Manager (IPM) that will puts the monitor in power saving mode after a period of inactivity.

The fourth and perhaps most interesting “green” feature is the “Human Sensor.” The sensor at the front of the screen will detect if there is a person moving about in front of it. When there is no person detected after a period of time, the monitor can either reduce its brightness or enter power savings mode. When a user is detected again, things revert to normal. You can tell that NEC is working hard on the “stay green” front with features like this! 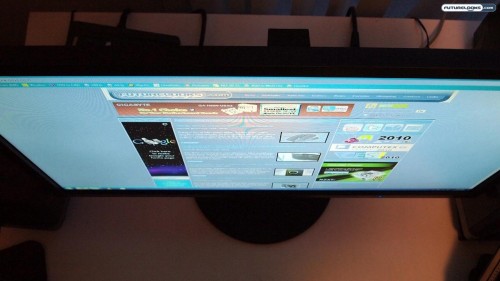 That said, this LED LCD from NEC is easily head and shoulders above cheaper alternatives like a refurbished HP monitor. The color gamut stays true at more extreme angles with very minimal loss in clarity. You can tell that it is LED backlit though.