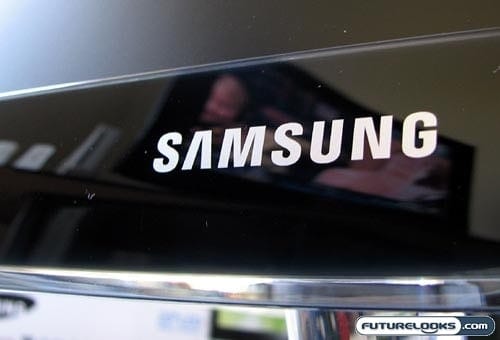 Whether you’re just a casual web surfer with an interest in Facebook and Twitter or you’re a hardcore gamer who enjoys World of Warcraft and Team Fortress equally, there’s a good chance that you want to have a quality monitor in front of your face. You can save some money with a debranded HP LCD monitor or you can splurge on something newer and fancier. For folks who value aesthetic appeal as well as usable performance, the Samsung SyncMaster XL2370 appears to be a seriously solid option.

According to some of the marketing materials circulating about this particular LCD monitor, Samsung is saying that the XL2370 offers the “highest performance” in quite possibly one of the slimmest packages. Right on the box, Samsung gives the somewhat ambiguous exclamation that this LED-backlit monitor is “finger slim.” So, what’s the skinny on this screen? Does the diminished profile result in diminished performance? Let’s find out!

Earlier this year, I took a look at the Samsung SyncMaster P2370 23-inch LCD. This seems to have a nearly identical model number as the XL2370, but it should be noted that despite some of their similarities, these are two distinctly different models.

For starters, the P2370 doesn’t get any LED backlighting and the XL2370 does. Among some of the other highlights on this LCD monitor include the following.

Aside from the contrast ratio that seems to be grounded in marketing hyperbole rather than actual improved performance, the specs look pretty standard for a monitor of this type. 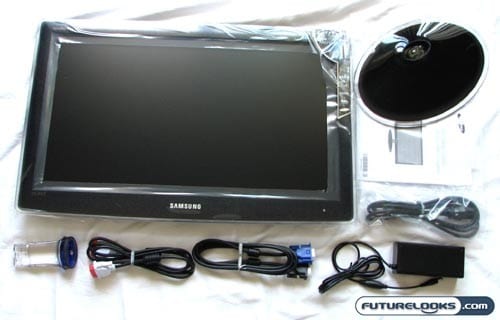 When you purchase some LCD monitors from other companies, they oftentimes leave you without the required video cables to get the whole thing connected. The idea is that you are probably replacing another monitor and you already have the cables. That may be the case, but it’s nice to have a spare set in the box even if you don’t need it. Samsung seems to take on this latter philosophy.

Bundled alongside the LCD panel itself are the two pieces for the base, an external power brick with cable, DVI cable, VGA-to-DVI cable, installation CD, and supporting documentation. This doesn’t cover every port in the back, but it’s more than enough to get you started.

Swinging to the Back for Connections

Since Samsung seems to love the idea of keeping things as slim and simple as possible, it’s not at all surprising that this philosophy has been extended to the SyncMaster XL2370 as well. It’s not quite as barebones as the LapFit LD190, however, and that’s a very good thing. 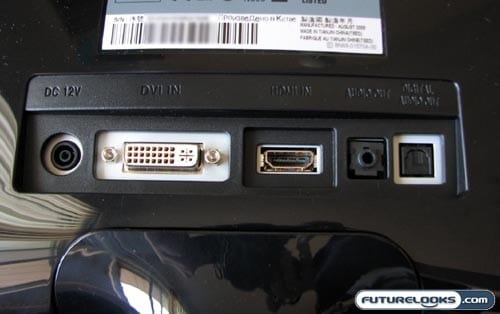 Some people prefer the downward facing ports recessed into the body of the monitor, but I prefer the traditional backward-facing ports for ease of access. They’re not quite as streamlined and pretty, but they are a heck of a lot more functional and usable.

Along with the usual ports for power and DVI, you’ll also notice that the SyncMaster XL2370 accepts HDMI input. This means that it’s really easy to pair this monitor with a satellite receiver or Xbox 360, as well as with a regular computer. Since HDMI does video and audio, I like how there are two audio out options here too: 3.5mm stereo and optical (digital). There are no integrated speakers in this LCD, so the audio output is greatly appreciated.