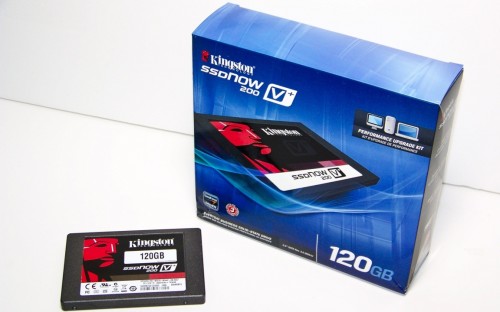 A few weeks ago, I took a close look at Intel’s own premium 520 series SSD which uses a SandForce SF-2281 controller and 25nm synchronous NAND inside. Like any premium performance SSD, it also carries a premium price. That price is still a tough pill to swallow for the bulk of the consumers. Using more affordable asynchronous NAND to can cut costs,  but some users might worry that it means lower performance. Kingston has been working with the low cost NAND and has put it into a new SATA6Gbs SSD called the SSDNow V+200 series targeting enterprise and businesses with an ‘everyday business SSD’ that greatly improves productivity whether in desktops or notebooks. The performance and especially the price may surprise you. Let’s have a look! 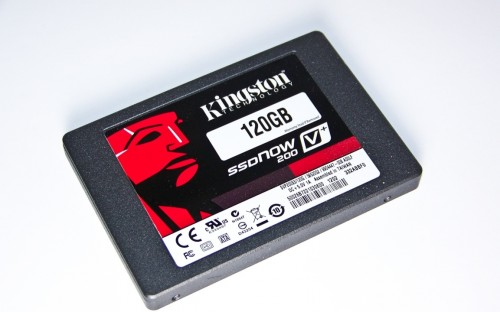 The SSDNow V+200 series comes in 60, 90, 120, 240 and 480GB models in both stand alone and upgrade kits. The series uses the SandForce SF-2281 controller to utilize the Intel 25nm Compute 3K asynchronous NAND which improves the SSD’s endurance. The controller features advanced wear-leveling, TRIM support, S.M.A.R.T. Tools and DuraClass technology. All this equates to a SATA6Gbs SSD with a three year warranty. 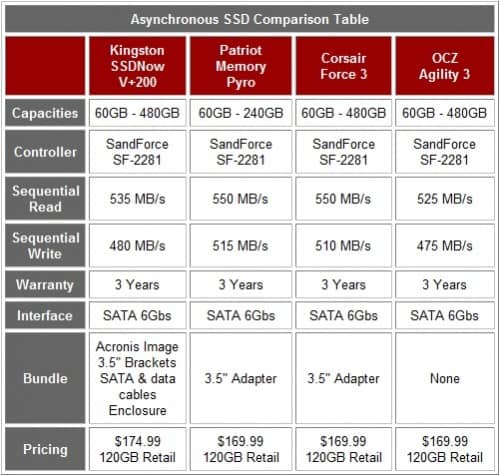 The V+200 is rated similarly to the competition’s asynchronous models. The SSD is rated up to 535MB/s read and 480MB/s write sequential performance. While that’s great and all, the 4K data block performance still highly dictates the SSD’s overall desktop experience. We’ll have a look at that in testing later. With all the major SSD players offering similarly configured SATA6Gbs, it comes down to performance, accessories, warranty and finally, price. Currently, the V+200 series can be found for $164.99 for the stand alone SSD and $174.99 for the upgrade kit.

Here’s something else you might not have seen. The V+200 240GB retails for as little as $334.99 from places like Newegg. That’s a lot easier to stomach than the $450+ averages we’ve seen the last year. I hear a lot of people saying “we wants the precious” but want to pay less for it.

What’s in the Upgrade Kit? 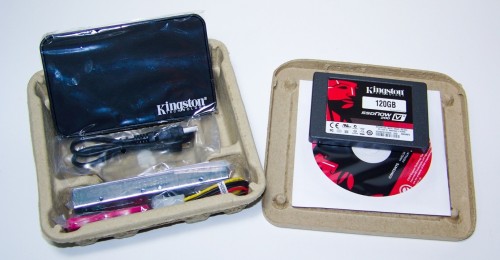 While just about any SATA6Gbs gives your computer a big boost in performance, there aren’t any little blue pills inside. What you will find inside the upgrade kit are Acronis True Image migration software. Just mirror over the data off your platter drive to the SSD for quicker up time.

The kit also includes 3.5″ brackets for mounting in standard hard drive bays, a SATA power cable, and a data cable. It also comes with a useful SSD enclosure, useful for cloning or for extra portability for enterprises users moving a lot of data which happens often. I found it useful for housing smaller 30 to 64GB SSDs lying around in the lab also.

After doing a little digging, I managed to assemble the four primary asynchronous SATAIII SSDs that are under the $200 price level. I tossed in one synchronous SATAIII to give you an idea as to where it falls in terms of performance.

The latest Intel Rapid Storage driver was installed. All the SSDs were updated to latest available firmwares, but updating an SSD involves some slight risk making it prudent to back up your data. Once you update they can never be rolled back to the previous firmware. And, finally, all the SSDs are at least 60% capacity for a better real world result.

The programs used to test the V+200 SSD included Crystal Disk Mark for its intense data compression, ATTO for IO performance and PCMark7 which provides more tangible results in regards to overall system performance in day to day tasks. That’s why you continue to hear leading engineers say it’s the quickest, easiest performance update you can give your system. A far better bang for the buck than any CPU or memory upgrade for the time being.