For a little extra credit, we tested the SSDNow V+ Version 2 Toshiba controller against the Indilinx controller on the Patriot Memory TorqX. Here we’ll be able to reveal just how well these controllers do with the traditionally humbling small file read and write tests. This is territory where many drives seem to either be OK, or fail miserably at. 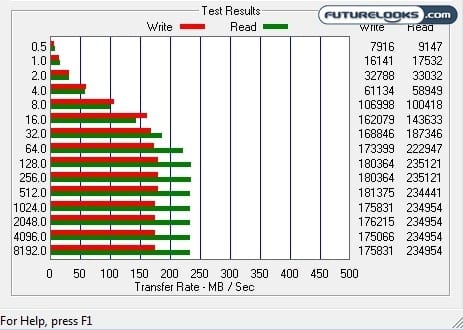 First up is the Kingston SSDNow V+ Version 2. Overall, it does respectably with small and large data blocks. That’s a healthy 175MB/s write and 234MB/s read at the high point. Smaller files of course suffer, but that’s the par course for most value SSDs. 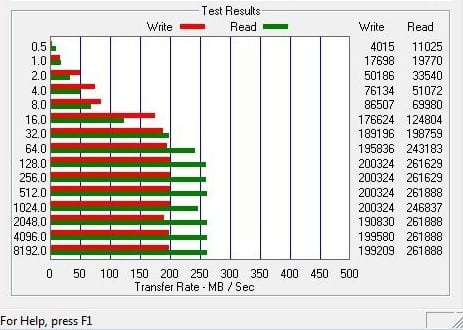 Next, we have the Patriot Memory TorqX and its solid Indilinx controller. This is one of the SSDs we have on hand that is equally priced. The Indilinx controller seems to do better with the data blocks including maxing out near 200MB/s Write and 261MB/s Read. The smaller files sizes are also better taken care of with this drive.

That means that if you’re running databases where small file sizes are common, you’ll want the Patriot. If it’s just general use then the Kingston SSDNow V+ Version 2 should also do the trick. The Patriot TorqX is also $50 more so it’s up to you whether you want to pay for the extra performance. 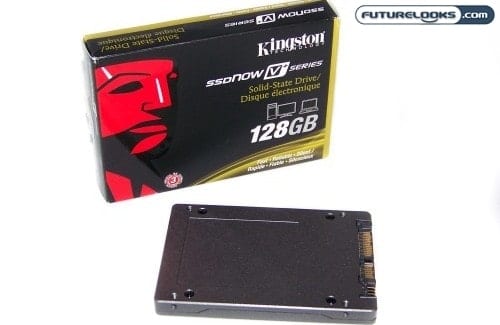 So, how does the Kingston SSDNow 128GB V+ Series Revision 2 SSD do versus much stronger competition? It does great against its predecessor and if all else is the same, and you’re picking one up, make sure it is the Version 2. However, the Toshiba controller onboard  just isn’t up to scrapping with the Indilinx controller inside the slightly more premium priced Patriot Memory TorqX 128GB drive.

Looking back to how it has improved upon itself, the new revision is better throughout in all the tests thanks in part to the new Toshiba Controller and NAND Flash inside. Since we haven’t seen Samsung come up with anything much better it’s interesting to see Toshiba step up. If Toshiba is able to perform better, offer better support, and not cost more, it just makes it a smart move.

When the machines are shut down and SSDs all put away, its evident that the 128GB V+ Series SSDs have been given a nice upgrade. It still costs a rather hefty $349 at Newegg which puts the price right about the same as the previous Samsung powered Revision1 SSD. But, that’s still $50 cheaper than some units from other competitors. In this respect, it’s definitely a good value in the world of SSDs.