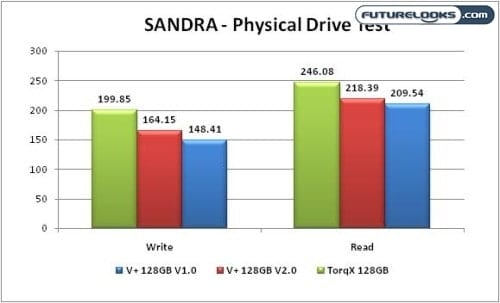 Compared to the first revision of the SSDNow V+, the new version gets a nice boost across the board. Keep in mind that this is a “raw” benchmark with no OS on the SSDs since SANDRA can’t benchmark the write speeds with any kind of partition on it. This should be considered a best case scenario. 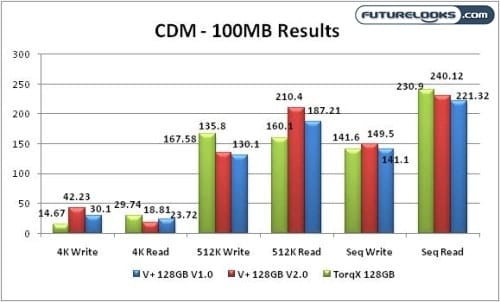 We start off testing the V+ SSD with the 100MB file test. The benchmark puts the SSD through Sequential, 512KB, and 4KB tests to get the average transfer rates. It’s the 42MB/s 4KB Write speeds that are just great since this is quite a bit higher than most of the SSD averages around. 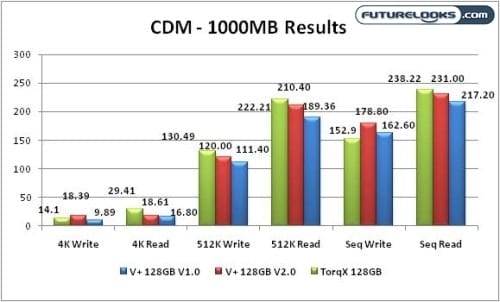 Increasing the files size to the 1000MB size is when things get interesting. That once uber 42MB/s rate drops to a more humble 18MB/s. This isn’t bad by any means. What this shows us is that the SSD is able to work with the more realistic 100MB files since we don’t typically mess with much larger files on the desktop.

The nice thing about QB is that it does both a decent thorough job of benchmarking data block and sequential transfer rates. Since we know that Version 2 is faster, we pair it up against the Indilinx based Patriot Memory 128GB TorqX. 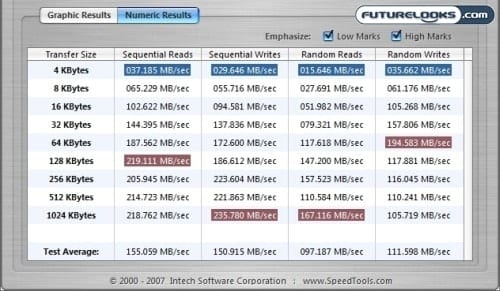 Here, we see the V+ results after 5 passes. The numbers actually look pretty decent. Overall, this was about 11MB/s higher across the board versus the Version 1 in case you’re wondering. 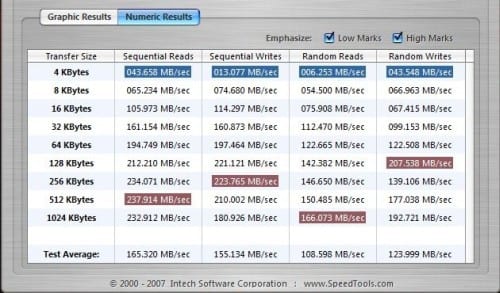 The Patriot Memory TorqX  takes the Indilinx controller on the offensive and throws down numbers that are just a little faster than the V+. The numbers come out to about 10MB/s faster across the read and write speeds. This seems to be the pattern so far. Let’s move on to ATTO and see if we can break that pattern in a final showdown.