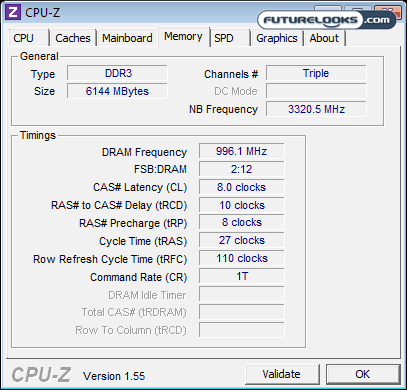 My particular GA-X58A-UD5 revision 1.0 test platform didn’t allow for too much overclocking at all. The highest stable frequency that I was able to hit was 2300MHz using the stock memory timings. However some of the newer revision 2.0 boards like the X58A-UD7 platform have no problems pushing just a little bit further. This board has been tested in competition recently at GIGABYTE’s North American Open Overclocking Championship so these modules are capable of a little bit more, but not much so hitting 2300 MHz is quite decent.

But in all honesty we’re already operating on the hairy edge of the Core i7 processor’s QPI performance and 2250 MHz is also pushing the memory to the top edge of its limit as well. Pushing it further than this may win you some benchmarking trophies, but you may also end up with a corrupted video rendering project if you’re not careful.

If your motherboard doesn’t quite support 2250MHz frequencies, you can easily set the XMP profile and enjoy 2000MHz with extremely little effort with lower CAS timings. As long as the CPU’s bus clock on your platform at least supports up to 160MHz, you’ll be fine. 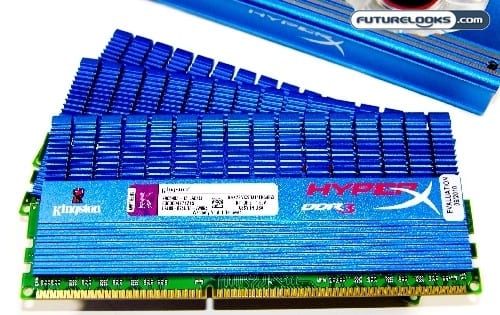 At 2250 MHz, Kingston’s HyperX 6GB Triple Channel Memory Kit really pushes the performance of memory. This is evident by the inclusion of the cooling fan just to make sure that precautions were taken to ensure stability at the advertised speeds. Since we weren’t able to hit more than 2300 MHz stable we know these memory modules really push the edge of DDR3 performance on the Intel X58 platform. Simply stated, the Kingston HyperX 6GB 2250MHz triple channel memory kit is leading the race in memory performance and is currently the fastest triple channel DDR3 memory money can buy.

While it does push the envelope, the kit was completely stable at its rated speeds for days on end as we tried to break it. It also scales backwards in memory speed while allowing us to experiment with much tighter timings. Coupled with a capable Intel X58 based motherboard that supports at least 2000MHz DDR3 memory and a 160MHz bus clock and you really can’t go wrong for a top notch thoroughbred system.

If you’re a performance enthusiasts then no dollar value is to high for this memory kit. Not even the $312.99 US price tag that these kits seem to demand out there in the retail market. Mainstream users might not be so quick buy however as the whole purpose of overclocking is to get what you can’t afford and there are many capable memory kits that could hit 2250MHz especially Kingston’s own HyperX 2133MHz memory kits trailing for about $100 less.

One other thing that could keep you away would be availability as stock seems to be fairly scarce for these highly optimized hand picked kits. But if you want the fastest guaranteed speeds then the Kingston HyperX 6GB 2250 MHz DDR3 Triple Channel Memory Kit will most certainly give it to you.