Search
Home
Reviews
Prev7 of 7Next

How We Evaluated the Z77 Round Up

Installation, performance, presentation and price are characteristics that are very important if component (motherboard, video cards, etc.) companies are to attract DIY consumers and system integrators. In order for the market to grow, new users must also be guaranteed a pleasant experience. These add up to the overall end user experience which is the most important impression of all.  However, system integrators are more demanding and hold motherboards to a higher standard than the average user. Mainly because they are on the hook for the poor user experience at the end of the day, and that can sacrifice happy customers and destroy an end user experience. Keep all this in mind as you read through our final comments. 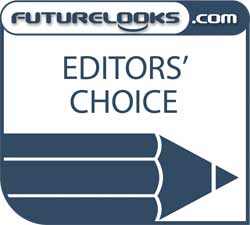 The ASUS P8Z77-V Deluxe and Sabertooth motherboards provided the best overall end user experience as they were the easiest to set up from hardware to software. The AI Suite II software is the most comprehensive all-in-one tool in controlling, maintaining, updating and tweaking the entire system from Fan Xpert2 control to TurboV EVO overclocking. This is something we’ve asked GIGABYTE to do because with all the little utilities they keep launching, it’s starting to get cluttered on the desktop, even though the utilities are useful.

ASUS also adds an extra USB 3.0 Turbo and Boost performance for better external storage support. It helps that ASMedia is actually an ASUS owned company, so that close relationship has paid off. The ASUS UEFI BIOS on both boards is the most polished which further compliments the user experience. Speaking of BIOS, the hardware BIOS flashback feature makes it so easy to upgrade a BIOS without having to actually boot into the system, or have a CPU or memory in the board. Very convenient for brand new system builds where a component may not be totally supported, like a new CPU. Or if there is a potential critical issue that cannot be resolved with a LIVE BIOS upgrade.

The ASUS P8Z77-V Deluxe offers the most connectivity and overclocking. It also was the only board to meet its 2800MHz DDR3 potential. On the other hand, the Z77 Sabertooth is a solid mission critical computing weapon perfect for a high performance work station and is backed with the only 5 year warranty in the round up. The quality continues to be impeccable. With so many sensors and software managing so many functions, I’m surprised it doesn’t email you when it needs something (patent pending).

Thanks to all the attention to end user detail, these two motherboards offered the best overall performance and features. At $274.99 and $234.99 respectively, these boards offer a premium experience worth their price. 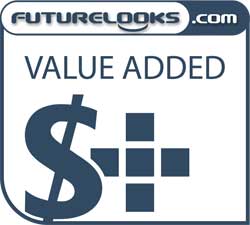 The GIGABYTE GA-Z77X-UD3H was a pleasant experience as well. Installation was simple and efficient as we’ve come to expect. While the extra system utilities aren’t included in a neat little bundle, they are accessible on the software disc. Users will find that Easy Tune 6 does its best overclocking on a fresh, new OS installation, but there are many utilities in the bundle that are valuable, but not as polished as the unified ASUS Suite.

The four blue VIA USB 3.0 ports can be an inconvenience as they remain inactive till Windows loads, making it hard to recover from hibernation. Make sure you use at least one of the native Z77 ports for mouse/keyboard to avoid frustration. The onboard power button will recover the system as well. The updated 3D UEFI BIOS intro is really nice but could use a bit more GUI polishing, few more details and a smoother mouse interface.

In spite of its mainstream design, regular and overclocking enthusiasts will be surprised as long as your Ivy Bridge K series CPU has very good cooling. In fact, it was the second highest overclocking board in our round up, which is astounding considering the price.

At $159.99 US, the GIGABYTE GA-Z77X-UD3H is a good value, backed by a 3 year “date of manufacture” warranty. Definitely an easy to recommend board in this bunch, especially if price is an issue and you want the better audio and the better overclocking to squeeze all the performance you can get out of the system for your dollar.

The Intel DZ77GA-70K Extreme board appeared conservative, but was far more aggressive in terms of performance. Especially when compared to Intel’s previously more pedestrian efforts. With the new software disc in hand, set up was naturally simple and made configuration easy. Intel engineers have also given the new UEFI BIOS some overclocking muscle and a very handy 4.5GHz slider that works easily and still manages a respectable overclock given Ivy’s hot temper. Of all the BIOS featured, Intel’s is the newest, most improved, looks good, is logically designed. It’s also an “informative” BIOS giving new users some help along the way. It’s kind of sad there isn’t any Intel overclocking software any more because who better to overclock than Intel and their intimate knowledge of how things work.

Users will be happy the board now includes a good quality dual band performance Wi-Fi card and Bluetooth to add to its connectivity. Thanks to the new BIOS and drivers, the 70K Extreme feels more like an enthusiast board than ever.

Considering all the extras, the $229.99 retail price is very easy to stomach along with a 3 year parts and labour warranty to back it up. It too comes highly recommended, especially when you consider all that is in its price point. If they could JUST bring themselves to put out an exceptional overclocking utility, this board might be unstoppable.

The user experience with the MSI Z77A-GD65 did not disappoint. Basically, the Z77A-GD65 brings a new look and UEFI BIOS to the table. MSI Control Center requires the Intel Management Engine software to properly overclock the CPU. Too bad it’s not all easily integrated like the ASUS.

While the new ClickBIOSII utility was useable, it could use some more polishing as it was a bit sluggish with a glitch GUI. OC Genie II scales Ivy to 4.2GHz easily but we’d like to see higher next time around since Intel Turbo 2.0 comes . It’s nice to see USB 3.0 boost performance working on the board especially for media users.

While the MSI UEFI BIOS looks good and works pretty smoothly, some more definitions or descriptions would make it much easier for end users. At $169.99 US, the price is actually very easy to stomach for those on a budget. With the give and take with the GIGABYTE for that extra $10, it definitely comes down to which brand you prefer. While the MSI does currently have a better warranty, the GIGABYTE does have better audio and better ultimate overclocking capability.

While, the ASRock Fatal1ty Z77 Professional looks good, the set up process was less than smooth. The USB 3.0 and network controllers were problematic when installing drivers from the disc or ASRock website. Two different boards would freeze in the process indicating the board may need a BIOS and/or driver software update.

The UEFI BIOS is actually legacy looking when you look past the nice red Fatal1ty graphics. While pretty basic and easy to figure out, it could use more information. For a flagship gamer board, there aren’t any gaming features, extra connectivity or components to add to the “Fatal1ty” experience. However, gaming and overclocking performance was comparable to the competition.

Given the glitches and lack of extra features, the board just doesn’t feel ready which is very surprising given ASRock’s impressive Z68 history. Till things are fixed, I just can’t recommend spending $229.99 US for the logo. Once they do, we’ll re-evaluate the board.

Finally, the ECS Z77H2-A2X Gold Extreme started out great but then some issues arose when installing and working with the component software drivers. Obviously, ECS knows connectivity is important and provides almost as many as the ASUS counterpart. However, their integrated Bluetooth and Wi-Fi components refused to properly work whether using drivers from the disc or website. The board also has a limited number of active USB ports that respond properly to keyboards and mice, especially when in hibernation. Fortunately, the power button brought it out without losing the data.

Intel Turbo Monitor revealed that the board doesn’t seem to reach 3.9GHz very often and is reflected in the benchmarks. The issues encountered point to a lack luster UEFI BIOS which really needs work given this is considered a premium board. Ironically, overclocking was quite good suggesting the board is on the right track. But until you can wear the gold, you really do have to put in the work and this board definitely needs to put in the work still.

Till the component issues are addressed, I can’t recommend this $249.99 US product without disappointing the end user. Again, once they fix the issues, we can revisit the board at a later time.

Help Us Improve Our Round Ups By Leaving a Comment Below!