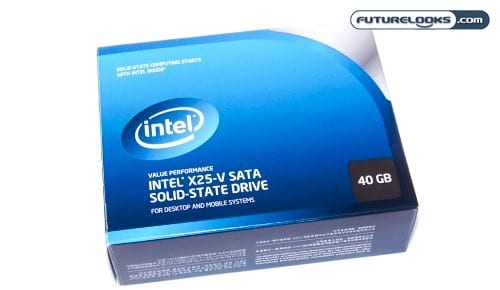 While SSDs are still a fairly new technology, it has certainly come a long way in the last couple of years. The choices in SSDs are increasing and the prices are also decreasing making it possible to own one without a second mortgage. Though SSDs are getting cheaper, they still aren’t cheap, with larger ones still hitting some heavy figures. But even a smaller drive can make your system faster and INTEL has responded with the introduction of their 40GB Value Performance X25-V SATA Solid-State Drive (SSD).

One of the methods that people have used to get the best of both worlds with SSDs is by purchasing a smaller and cheaper SSD to use as a boot drive. By installing the OS onto the drive, you get the blazing fast start up times that SSDs are known for while packing all your other files or large programs onto a hard drive. INTEL has recognized this type of usage and have answered with their new X25-V that we’ll be checking out for you today. Let’s find out how this drive performs against other boot drive worthy competitors. 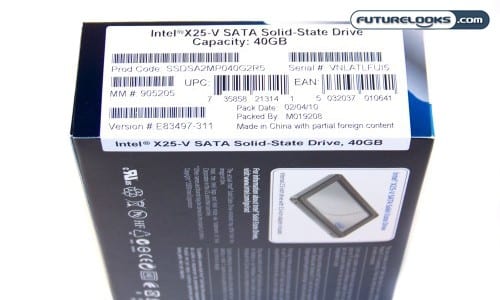 Intel SSDs are renowned for having very efficient and capable controllers. Even though this is a 40GB Value model, it still comes packed with performance intended to improve your desktop experience. That means, you can expect quicker boot and program access times you don’t get with conventional platter drives. Inside the 40GB SSD is some of best 34nm NAND memory money can buy. It’s quality made NAND which means it can keep with most demanding systems limiting any wear leveling effects that you probably won’t see for around 10 years. Will you still have this SSD then? We think not. However, it’s nice to know that it’s built to go the extra mile. 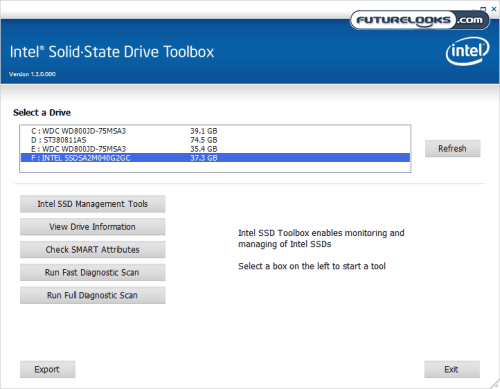 All Intel SSDs offer features like Native Command Queuing (NCQ) enabling up to 32 concurrent operations, Intel SSD Toolbox, and Intel SSD Optimizer. Of course, Trim support is also included as part of this deal, which helps SSDs maintain their performance and longevity. Toolbox naturally contains the diagnostic tools for managing your SSD. Optimizer uses ATA Data Set Management Command (Trim Attribute) that keep it tuned up for that “fresh out of the box” performance you experienced from day one. 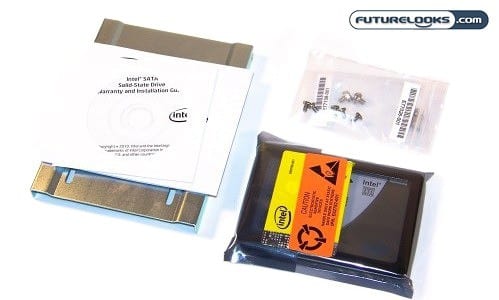 Retail SSD kits are worth the extra $5 over the price of an OEM version. The main reason is because of the extras that you get which include mounting screws as well as the SSD drive bay plate. We’ve seen several different mounting kits out there, from very cheap looking brass brackets, to more stylized black mounting plates from the likes of Patriot Memory. Intel has also decided to do something a bit different, giving you a brackets with enough holes to line it up with any number of cases on the market, right inside a standard 3.5 inch bay.

If you don’t have a network connection in your new system to download the Intel SSD software, it’s also included on one of the discs as part of the retail box experience. Keep in mind that the software is always being updated and it’s a good idea to keep an eye on Intel’s download page every few months for the latest version. 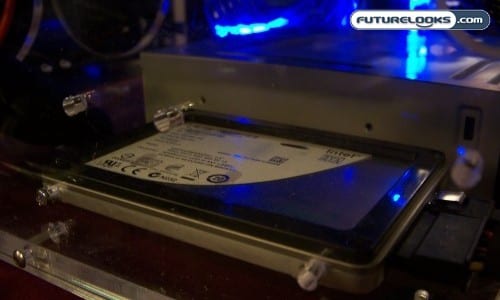 First off, you should know that most any computer system that supports SATAII can also support an SSD. If you run into issues, a quick mainboard BIOS update can usually help. If not, you can always find a capable SATAII controller card for reasonable prices rather than completely upgrading your entire system. We didn’t experience any issues with our installation using our chosen test system which is fairly new.

Here’s the break down list of the test system:

As with all our tests, we use the latest BIOS and drivers available at the time of publishing. One thing we’d like to point out is that the Kingston 40GB SSD contains a similar, if not the same, Intel controller and NAND memory. The main difference will be found in the firmware. We’ll definitely be looking at how these two drives compete against eachother.

Since this is a boot drive test, we’ve included the smallest capacity SSDs on hand. Naturally, the operating system, MS Office and necessary desktop software were installed to simulate a real world payload of software.