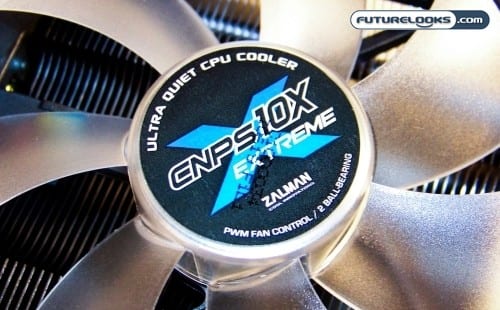 Some folks might find it interesting that heat pipe technology has been around since the invention of steam engines. But it was the automotive world that found more feasible applications dating back to 1942. It was only in the last few years did it re-appear in today’s CPU coolers. While none of today’s manufacturers invented heat pipes, it’s come down to engineers battling it out behind the scenes using their best heat pipe designs trying to out perform the competition. One of the more innovative manufacturers utilizing heat pipe technology is of course, Zalman.

Many a PC enthusiast have used one of their many innovative CPU coolers ranging from their CNPS 7000 “flower” shaped series to the 9900 series coolers. Both of them sport one of the beefiest heat pipe implementations around. Just as processors have evolved utilizing more cores and getting hotter than ever, Zalman has adapted by putting more research into their cooler designs. The end result has brought us the CNPS10X Extreme CPU Cooler. 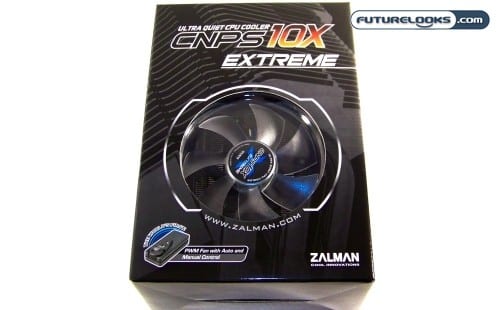 Probably the most important information at the top of reader’s list is which brand CPU and socket the CNPS10X Extreme supports. Simply put, it supports every AMD and Intel processor on the market. Of all the processors, it’s the Core i7 LGA1366 socket processors that will benefit the most. The newest quad cores can get quite warm especially when Intel Turbo Tech is enabled, giving the cores a dynamic overclock.

The cooler weighs in at a hefty 940 grams making it one of the more heavy solutions. However, that weight isn’t an issue thanks to the sturdy back plates and mounting brackets. The cooler comes with a controllable 120mm blue LED cooling fan rated at 1000rpm (20dBA) to 2150rpm (39dBA) moving an estimated 65 cubic feet of air a minute. 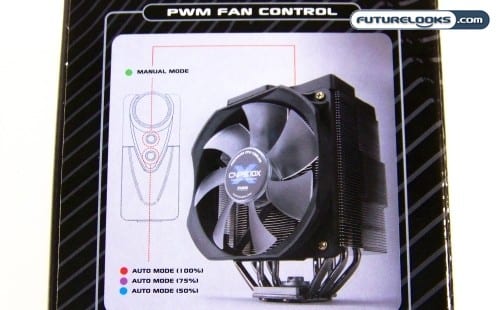 What’s obviously unique about the CNPS10X Extreme is that it offers manual and automatic PWM control via a small PWM Mate mounted on top of the unit. The PWM Mate is also removable and can be connected to an extension cable so that you can access the control outside the case if you’d like. It’s better than having to open up the case every time you want to pick a setting.

With the touch of a button, the PWM Mate changes the fan speed setting. There are three auto settings: 100%, 75%, and 50% which covers the estimated safe speeds for cooling something like the quad core. The manual setting naturally let’s you pick the speed you want. 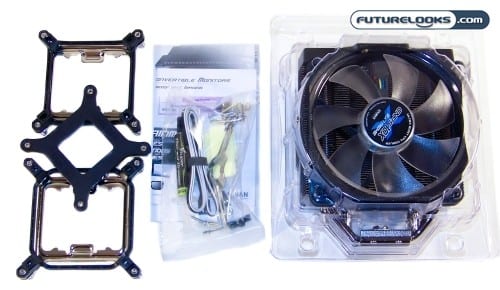 We know the package contents aren’t always exciting. But, this is how we find out if the manual is clear and easy to understand. We also find out if anything is missing (or should be inlcluded) and Sometimes, we even play a part in improving the further products.

I’m happy to report that Zalman took their time with the manual. It’s pretty easy to understand and has good illustrations to help with installation. All the installation components from brackets to screws are of good quality and accounted for in our test package.