Search
Home
Guides
Prev2 of 5Next 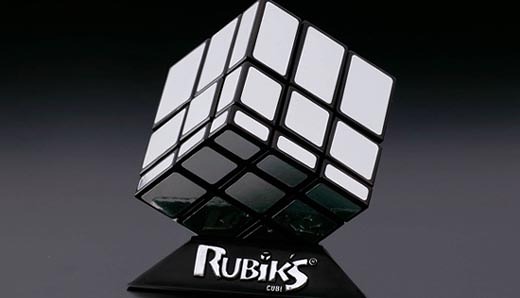 I’ve never been very good at solving the Rubik’s Cube. It’s just too frustrating for me, because I can never get a handle on a proper strategy to solve the bloody thing. Some people, though, have grown tired with its relative simplicity and they yearn for a greater challenge. Enter the second-generation Rubik’s Cube. Instead of six colors and equal-sized segments, this new version has uneven-sized segments and a mirrored finish throughout.

No, this toy doesn’t plug into your computer nor does it require any batteries, but the highly advanced puzzle geek in your life will get hours, months, possibly even years of enjoyment (or frustration) from this thing. The new Rubik’s Cube sells for less than $20. 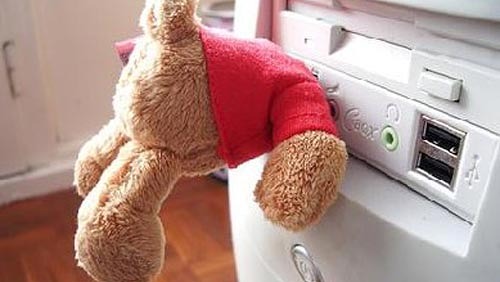 They say that some of the best gifts are not those that cost the most money, but rather the ones that take the most time. When grandma spent hours knitting that one of a kind sweater for you, it was out of love. When your Aunt Louise slaved in the kitchen to produce her special fruitcake, she really poured her heart into that baked delight.

I don’t know about you, but I’m not all that interested in sweaters and cakes. That’s why specially-customized computer and gadget accessories are so much more enjoyable. You won’t find the wildly disturbing Teddy Bear USB Drive in any stores, because there is no company that is willing to produce this thing (as far as I know). However, it wouldn’t take much for you to create such a unique gift.

You can surely find a small teddy bear at a discount store for a few bucks. Decapitate that sucker, stuff a flash drive in there, and you’ve got yourself an amazingly morbid source of memory. USB flash drives are really cheap, especially if you stick to the 2GB and 4GB models, so your total cost should be well under $25.

Under $25: Wii Points or Xbox Points 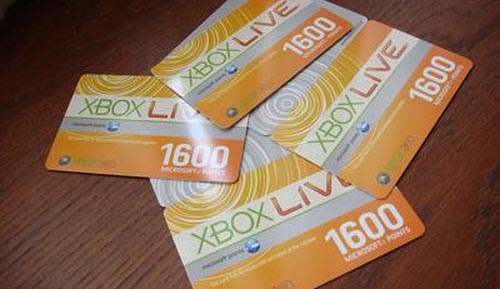 The Nintendo Wii Virtual Console is home to countless classics that will bring a nostalgic tear to just about any retro-inspired gamer. They can turn to the legendary NES to discover the original Super Mario Bros. They can jump over to the Sega Master System to find the first ever Sonic the Hedgehog. They can even head into the territory of the Neo-Geo to find Metal Slug. Buying a Wii Points card opens up all kinds of opportunities for enjoyment.

By the same accord, the Xbox Live Arcade on the Xbox 360 is literally packed with incredible games as well. The recently released Super Street Fighter II Turbo HD Remix (what a mouthful!) is simply stellar and the side-scrolling fans will surely enjoy Castle Crashers. Let’s not forget about all the downloadable content (DLC) available too. Now that the New Xbox Experience is here, gamers are going to need more Microsoft Points than ever.