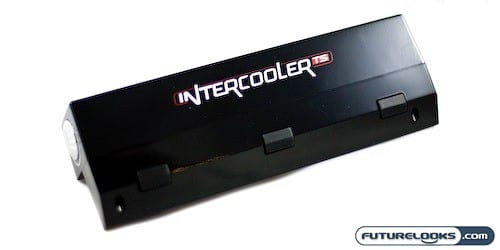 One of the main concerns when it comes to any sort of electronics is cooling. Many errors such as graphical artifacts, game freezes or even hardware failures are a result of overheating. There are several ways you can prevent your consoles or computers from overheating such as keeping them in a well ventilated place. A cleaning when dust accumulates is also advised but when that isn’t enough, you can look at cooling solutions such as Nyko’s Intercooler TS for the Playstation 3.

Earlier this year, we reviewed the Xbox 360 version of Nyko’s Intercooler, the TS for the Xbox 360. We found that it was a cheap, easily installed way to keep the temperature of your Xbox 360 down. It also showed us just how toasty the 360 gets as the TS never got a break and just kept going full blast, while keeping the dreaded “Red Ring of Death” at bay. Will the PS3 version be fare just as well? Let’s find out! 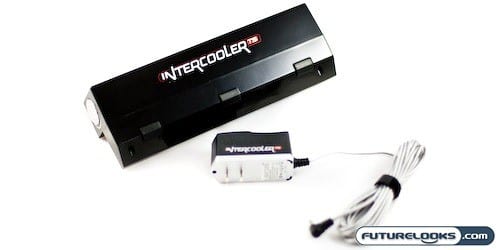 The Intercooler TS comes with a power adapter and a quick setup guide. Everything is rather straight forward so I’m guessing the majority of us will skip the instructions altogether. If you do need them, the guide comes in several languages, in case you parler Francais or hablo Espanol.

Features of the Intercooler TS for the PS3 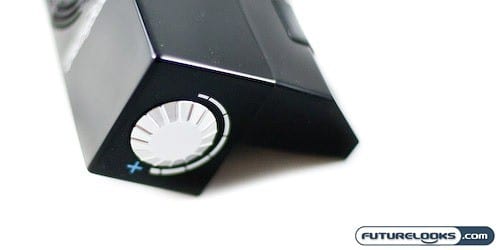 The headlining feature of the Intercooler TS is the TempSmart sensor, which turns the fans on when the PS3 gets toastier than desired. Of course, you can also control fan speeds manually with a speed control on the side of the unit. Nyko claims that the TempSmart is the ideal way to keep the PS3 at optimal temperatures and reduces noise when additional cooling isn’t needed. It will also keep on working even after the console has been powered off until the PS3 has cooled off.

The Intercooler TS is powered independently from your PS3. This is a bigger deal than it sounds since early versions of the Intercooler drew from the PS3’s power supply and caused more problems than it solved. This issue also cropped up with the Xbox 360 version, causing Microsoft to redesign the power plug to prevent such devices from even working in later revisions.

The unfortunate consequence of this external power requirement is that the Intercooler takes up an extra power outlet and is a bit clunkier than it really should be but better that than short circuiting your PS3! 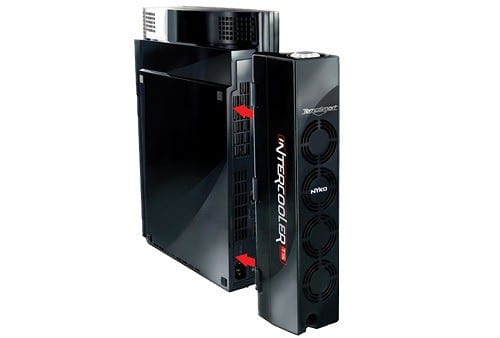 Anything that comes with less than a page of instructions can’t possibly be too difficult to set up and the Intercooler TS is no exception. A quick snap and it attaches easily to the back of your console. Plug the power cord into the unit and you’re ready to go! The unit does not obstruct any of the ports on the rear of the PS3.

For some reason, Nyko hasn’t color matched the Intercooler TS properly to the PS3. While both appear to be “black”, the Intercooler is more of a dark brown when you really look at it. Not a big deal to most people, I’m sure, but for those of us who are a bit more nitpicky about their home theater looking good, it is going to be a pet peeve.