Kinect with Your Shape: Fitness Evolved 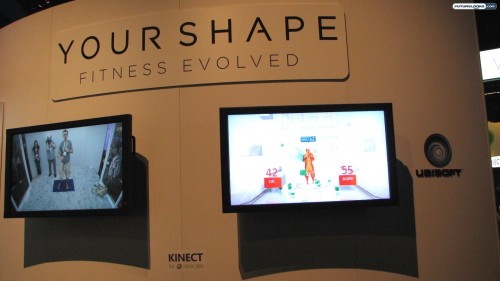 That whole Kinect thing for the Microsoft Xbox 360 is quite a big deal and it is starting show off some really interesting applications. If you don't want to show off your moves in Dance Central, you might want to get fit with Your Shape: Fitness Evolved.

Developed by Ubisoft, this title for Xbox 360 Kinect is meant to get you in shape in a fun and innovative way. It offers a full body scan, recognizing your height and body shape, as well as superimposing that image with an approximated view of your skeleton and muscle systems. 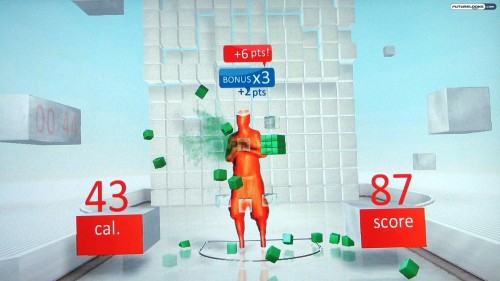 Not surprisingly, a variety of activities are included. Shown here is one activity where you punch and kick virtual boxes as they appear on the screen. Remember that the glowing orange figure on the screen is a mirror image of your actual body in 3D space.

We also saw other activities that involved yoga forms and tai chi routines, among others. For these, the orange form is shown with a "stick figure" overlay. If the sticks are green, you have the right pose. If they're not, you need to adjust accordingly.

Expect the launch of Your Shape: Fitness Evolved to coincide with that of the Xbox 360 Kinect system later this year. 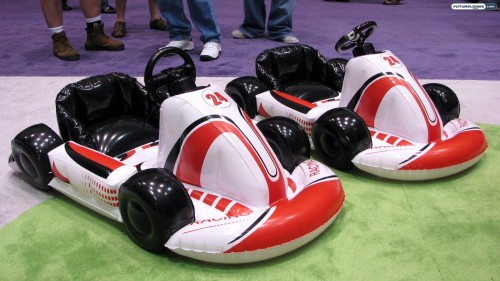 This isn't really a game and it's debatable whether it's a sport, but I just had to write about this thing. CTA Digital makes a variety of video game accessories, but the Inflatable Kart for Wii really takes the cake.

It's exactly what you think it is. It's an inflatable go-kart that has a Wii Wheel-like shell that can hold your Wii Remote. This gives it a relatively solid base (instead of holding the Wii Wheel freely in the air), as well as a reasonably comfortable seat.

The Inflatable Kart looks like it's the right size for smaller children, but I saw a fully grown woman take to the wheel on this thing too. She looked happy. This is definitely an interesting way to play Mario Kart Wii, wouldn't you say? 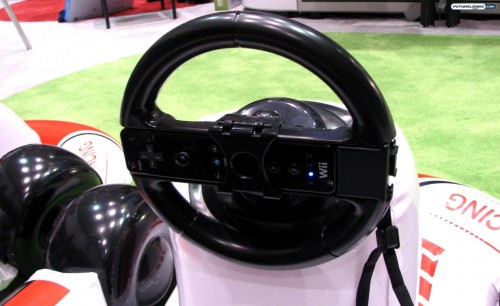 Whether you like relaxing with some body-shaping yoga, going for slam dunks from the free throw line, or jumping off the top rope for a hurricanrana, there's a new sports title coming down the chute for your gaming pleasure.

What else did we see at E3? Be sure to check back often for more articles here, as well as on the Futurelooks Twitter stream and YouTube channel. There's a lot to see!

Love or Hate our E3 2010 Coverage? Leave a Comment or Hit The Forums!