NBA Jam Is on Fire! 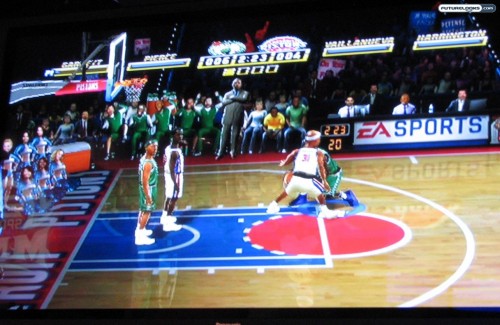 Anyone who grew up in the arcades in the 1990s will know NBA Jam. The 2-on-2 legendary basketball title has been given new life with a total remake via Electronic Arts. Originally handled by Midway and ported by Acclaim, NBA Jam has been brought into the 21st century.

It still has that retro appeal and insane arcade-style action, as well as the “He’s on fire!” kind of commentary, but the graphics are vastly improved over the original. The real teams and players are intact, but NBA “legends” also make an appearance as “boss” characters. These include Magic Johnson, Larry Bird, Dennis Rodman, Hakeem Olajuwon, and Clyde Drexler. Will his Royal Airness show up too? 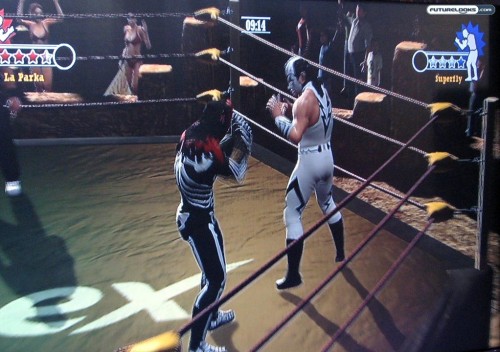 Many wrestling games have graced the various home consoles over the years. While some have featured some real Mexican luchadores, none to my knowledge have focused solely on the Lucha Libre style. That is, until now. Slang and Konami proudly revealed AAA Lucha Libre: Heroes Del Ring at E3 2010. This is the first video game to be developed by a Mexican studio and it fully captures the Lucha Libre culture with real luchadores, real moves, and realistic storylines.

For instance, you can expect to go online in Hair vs. Mask matches. If you lose your hair, your created character will remain in his shaven form until you win three consecutive online matches. The same can be said about the all-important mask.

This focus on the mask continues through to the Create-A-Luchadore mode, allowing for a lot of customization for the look, features, and color scheme of the mask. I noticed Psicosis and La Parka for sure, as well as Konnan to guide you through training mode. AAA Lucha Libre: Heroes del Ring is slated for release on the Xbox 360 and PS3, as well as in an alternate form on the Nintendo DS and Sony PSP. 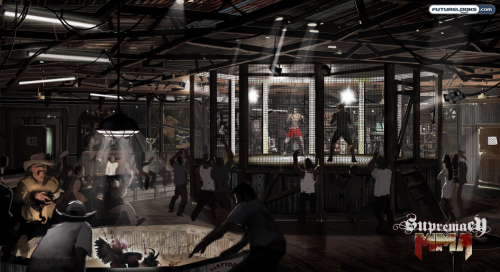 Yes, you may already know about the mixed martial arts franchises coming out of Electronic Arts and THQ, but do you know about 505 Games? They’ve nabbed some folks who had worked on previous MMA games to develop one of their own.

Supremacy MMA takes a different spin on the genre, however. It embraces the MMA culture, to be sure, but your created fighter actually starts out in “underground” venues with no refs, no doctors, and no managers. Oh, and no rules too. Expect extreme violence, irreversibly broken limbs, and brutal “X-ray” imagery of the damage. No release date was given, but we were told that Supremacy MMA would be made available on both the Xbox 360 and the PlayStation 3.