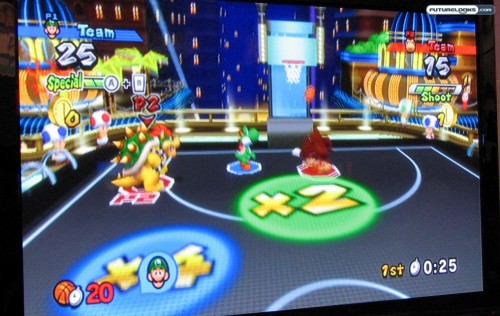 I’ll admit that I’ve always been somewhat of a Nintendo fanboy. I grew up playing Contra and Gun Smoke on the original NES, graduating to Street Fighter II on the SNES, Mario 64 on the N64, all the way up to Wii Sports Resort on the Wii. That’s why I just had to visit the Nintendo booth at E3 2010.

In this article, we’ll take a look at both first-party and third-party games on display at Nintendo, both for the Nintendo Wii and for the DS… as well as a new platform altogether.

Say Hello to the Nintendo 3DS 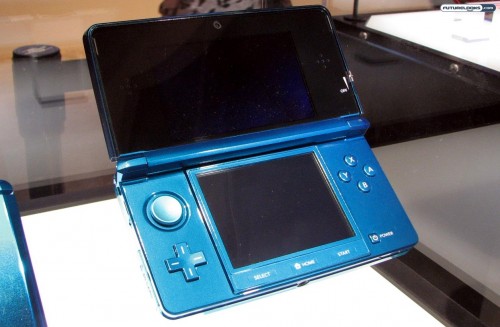 Easily the biggest news to come out of Iwata-san and the Regginator this year was the official unveiling of the Nintendo 3DS. Many people saw this coming, but it was really good to see that it was indeed real. On the surface, the 3DS looks a lot like the existing Nintendo DSi, but it has several new tricks up its sleeve.

For starters, the top screen is not only larger, it offers a three-dimensional experience without the need for specialized glasses. This 3D effect isn’t like what you’d get in theaters with objects popping out toward you; instead, it’s more like the screen having extra “depth,” as if you are looking into a 3D box.

This slider adjusts the level of 3D-ness, so to speak, from full depth to regular 2D. You’ll find that maxing out the 3D capabilities will tire your eyes quite quickly, so you may want to dial it down a notch or two. You’ll also notice the dual cameras on the back, doubling up what the DSi has, to allow for the taking of 3D pictures.

Sonic Colors for DS and Wii

From the Sega camp, everyone’s favorite blue hedgehog is making a couple of new appearances on both the Nintendo DS and the Nintendo Wii. There were several Sonic titles announced, but Sonic Colors is the one that caught my eye.

On the Nintendo DS, you go back to classic Sonic gameplay, racing around a 2D platformer stage at breakneck pace. There are a few new moves thrown into the mix, like launching Sonic from mid-air directly into an enemy, but it’s mostly familiar territory. The action stretches across the two screens of the DS.

On the Nintendo Wii, most of the action is from an “over the shoulder” point of view, but you still get the same sense of speed as Sonic blast processes his way through the stages.