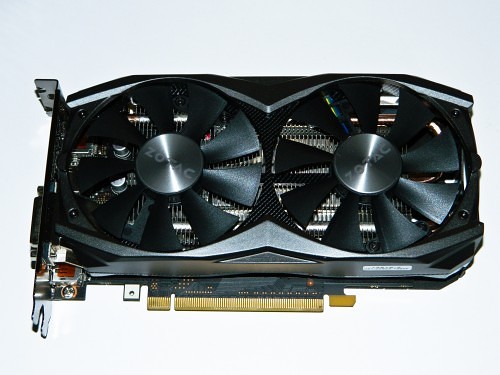 ZOTAC was pretty tight lipped about their plans for the new GTX 960 during our CES 2015 meeting. But despite leaks from other companies trying to get a jump on the announcement (cough…MSI…cough), ZOTAC decided to wait it out, hoping you would wait it out for their GPUs too. Yesterday, NVIDIA announced the new GTX 960 GPU, and ZOTAC was ready with two models out of the gate: A vanilla GTX 960 with an “OMEGA-Like” cooler, and a GTX 960 AMP! Edition.

The ZOTAC GeForce GTX 960 AMP! Edition (shown above) will be the top model of the two at launch, and will sport their ExoArmor with dual 90mm IceStorm Cooling System. In addition to the NVIDIA GPU specs (1024 CUDA cores, 2GB DDR5 memory, 128-bit memory bus, PCI Express 3.0), the AMP! Edition will sport an engine base clock of 1266MHz and a boost clock of 1329 MHz. Memory will clock in at 7010MHz. 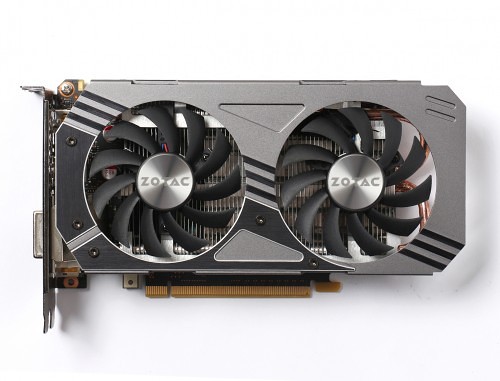 Common to both GPUs will be the new Freeze Tech fan technology, which shuts the fans down at idle. The fans will stay off until temps reach 59C or when power consumption reaches 13 Watts. Whichever comes first. Speaking of which, ZOTAC’s GTX 960 models both require a minimum 400 Watt power supply, and will consume up to 120 Watt of power at maximum load. Both will still require a single 6 pin PCIe power connector. Two way SLI is supported.

The vanilla ZOTAC GTX 960 will retail for $199.99 US while the GTX 960 AMP! Edition will come in at just a little more at $209.99 US. For the meager price difference, we’d certainly recommend spending the extra $10 to get a card that not only looks cooler, but will perform a little faster out of the box. There’s no word on when 4GB versions of the cards will be coming out. With the rise in availability of affordable 4K displays, two 4GB cards in SLI, might be a hot setup. We’d love to see a single slot, half height, version of this card, to really give the small form factor PC market a jump.

For more beauty shots, check out the gallery below. We’ve got the AMP! Edition in the lab, and we’ll know soon, just how well it performs in games, so stay tuned for that review coming up soon.