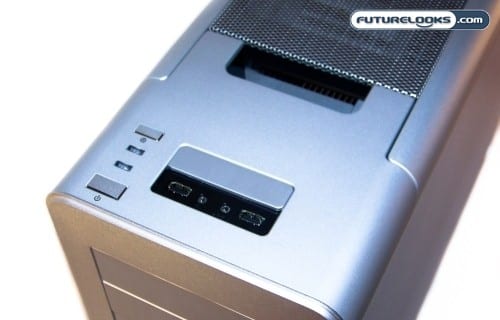 Here at Futurelooks, we like technological innovations. Most of the time, these changes are really interesting. And, these changes often inspire further change throughout the industry. Silverstone has been a company that really pushes innovation and today we’re going to take a look at a computer case that’s as original on the inside as it is on the outside. The Silverstone’s SST-RV02S Fortress 2 takes what we expect inside a computer case and flips it on its side…literally. 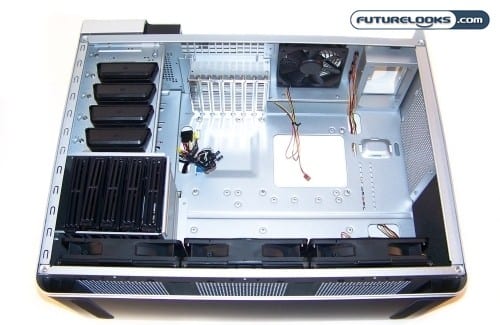 The Fortress and Raven series of Silverstone computers are both unconventional and have some interesting things in common. Both feature a horizontal interior design which is a signature of Silverstone cases. The chassis is designed to use natural convection to send the hot air up and out of the case. As you can see from the picture above, the fans blow the cold air up so as it heats up it gets expelled by the exhaust fan.

The Fortress uses a hybrid construction as it is fabricated from both an aluminum unibody frame and steel. This helps cut down or add some weight depending on how you look at it. At a healthy 15kg, it’s not the lightest of extended ATX cases available. But, that’s due to some other added features you won’t find in any other case.

Silverstone added some sound dampening material to the panels. It’s not entirely necessary, but we’ll take it. It’s added extra to combat noise coming from any of the internal fans or components. There’s also a filter on just about every ventilated port, keeping things dust free in the process.

The Fortress sports 1 x 120mm top 1200rpm exhaust fan and 3 x 180mm bottom 700/1000 intake fans. While the top fan is rated to 19dBA, the three bottom fans are large enough that they don’t require very high RPMs to move a considerable amount of air. This limits their fan noise around 18 to 27dBA depending on the setting.

The Silverstone SSD-FT02(S) retails for $229 US MSRP and is the silver version of the case with a black and new red edition ($249 US) available. Windowed versions are also available for $249 US MSRP. 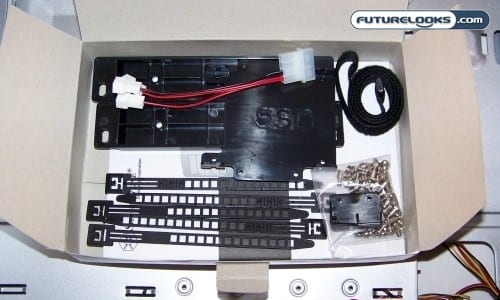 Because the Fortress is mostly tooless and comes with many accessories already built in, the included bundle is pretty simple. This is actually a good thing since lots of extras mean longer set up times.

The bundle includes the screws necessary to mount your motherboard, hard drives, optical drives, expansion cards and even a small black plastic tray for a single Solid State Drive. You’ll also find some useful wire wraps, a large Velcro strap (which could be cut to size really) and 4-pin to triple 3-pin splitter for the connecting the three bottom fans if you like. This is a very efficient bundle when it comes down to it.

The Silverstone SST-FT02S Fortress 2 computer chassis will set you back $249 US and comes in silver (as tested) and black. 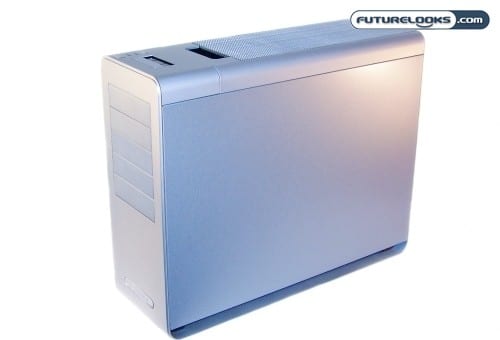 The Fortress is definitely a pretty stout case. It’s roughly 24 inches long, by 20 inches tall, by 8.5 inches deep. That’s roughly 4 inches longer than the typical tower chassis. But, all that size equates in to plenty of internal space for the largest components we can expect in the next five years.

At the bottom of the case there’s a one inch gap between the bottom case frame and chassis frame. This allows cool air to be drawn in via the 3 x 180mm fans which help push the cold air up across toasty components. Despite the appearance of the bottom frame, it’s indeed rather sturdy. But we wouldn’t recommend you stand on the case all the same.