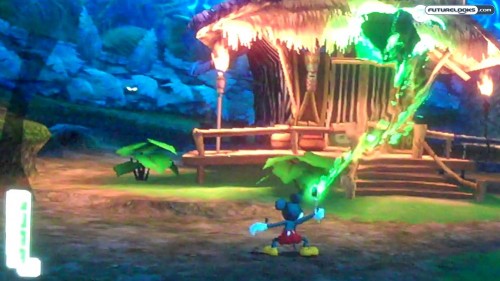 From Disney Interactive, we find a new game called Epic Mickey. The Wii exclusive puts the iconic cartoon character in the middle of a complex RPG, filled with battles, puzzles, and plenty of character interaction.

Mickey Mouse is armed with two main weapons in this newfound environment: paint and thinner. The thinner is used to “paint out” some of the cartoon elements in the stages, revealing new objects and granting you access to previously inaccessible areas. The paint can then be used to fill those areas in, allowing for more interaction.

Here is an extended demo video of Epic Mickey, taken from the Disney booth at E3 2010.

There are also some stages that throw you into classic Disney scenes, like putting Mickey in the middle of Steamboat Willie. These stages are two-dimensional in nature and offer a retro platformer experience. Expect a total of between ten and twelve hours of gameplay, more if you try the different endings and take on the different side quests.

GoldenEye 007 for the Wii

After eons of rumors and hearsay, the legendary N64 first-person shooter is making a current generation comeback on the Nintendo Wii. GoldenEye 007 has been remade and re-imagined by development studio Eurocom, blending familiar aspects with new ones.

For instance, this Wii shooter will feature Daniel Craig in the title role, replacing Pierce Brosnan as 007. They say that the game will feel grittier overall, placing more emphasis on Bond’s physical strength.

And yes, the deathmatches are still there. And yes, Oddjob can throw his hat for one-shot kills. Expect GoldenEye 007, as a full retail release, to hit store shelves in Q4.

The Legend of Zelda: Skyward Sword 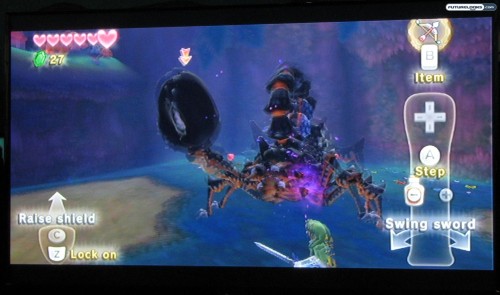 You’ve probably already played Twilight Princess on the Nintendo Wii. Well, your green tunic-wearing hero is back for another adventure. The Legend of Zelda: Skyward Sword is said to offer a more intense experience, thanks to its support of the Wii MotionPlus.

One of the new gameplay mechanics is to hold your sword outward at your side to charge up for a large attack. Take a swipe with the Wii Remote and unleash your fury on your enemies. The Wii MotionPlus also allows for “impressive fencing and shield-blocking activities.”

No firm date was announced, but Shigeru Miyamoto and the rest of the Nintendo team did indicate that Skyward Sword would launch some time in 2011.