Shake Your Tailfeather with Dance Central 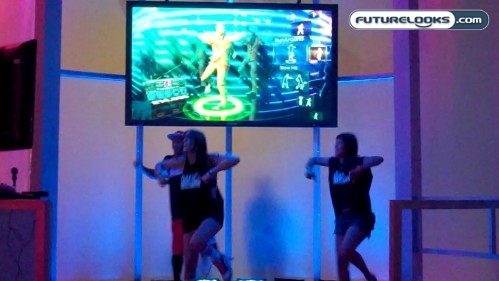 Most of us expected to see Rock Band 3 at this year’s E3, but we didn’t expect MTV/Harmonix to have this trick up its sleeve too. Dance Central is a new dance rhythm game that takes advantage of the new Microsoft Kinect peripheral for the Xbox 360.

It’s not like Dance Dance Revolution, since it doesn’t use a mat. Instead, you are doing actual dance moves, as captured by the Kinect camera device. You mirror the model on the screen, performing a series of different dance moves. It seems that most of these moves are on 4/4 time. 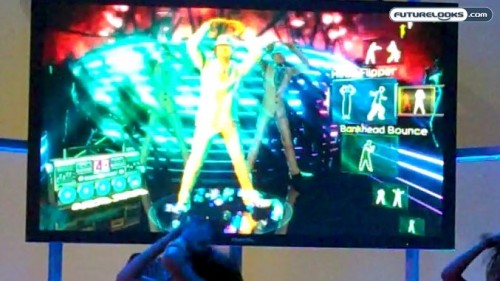 You are graded based on how accurately you recreate the various moves and how well you are able to maintain the right timing and pacing. Naturally, the professional dancers at Harmonix’s demo area did quite well.

Break Down the 600 Different Moves 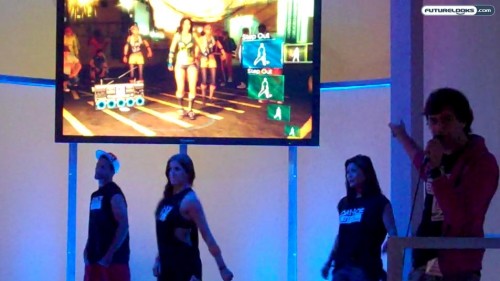 Since some of us are born with two left feet, it would far too daunting to jump right into the hardest song right away. That’s why there is a “break it down” mode that slows down the individual dance moves, showing you exactly what you need to do.

Be prepared for the learning curve, however, since there are said to be over 600 unique moves in this game. Each of these is identified by the scrolling tile on the right (your silhouette is shown to the right of that), so you’ll need to remember what is what.

The scoring system is a familiar one, earning points for doing the moves well and earning up five stars for each individual track. Underneath the on-screen avatar, you’ll see a glowing circle representative of how well you do each move, similar to “phrases” in the vocal portion of Rock Band. 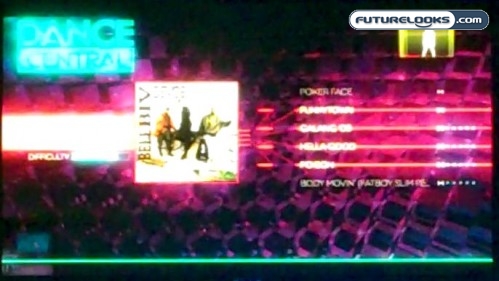 Harmonix hasn’t announced the full set list for Dance Central just yet, but they have revealed at least six songs that have made the cut. They are Poker Face by Lady Gaga, Body Movin by Beastie Boys, Poison by Bel Biv Devoe, Funky Town by Lipps Inc, Galang ’05 by MIA, and Hella Good by No Doubt.

They promise that the song list will appeal to a large audience, spanning pop, R&B, and hip hop. This is similar, in some ways, to a DJ Hero or Rock Band. Since it uses Kinect, Dance Central is an Xbox 360 exclusive and it’s scheduled for release on November 4 of this year.