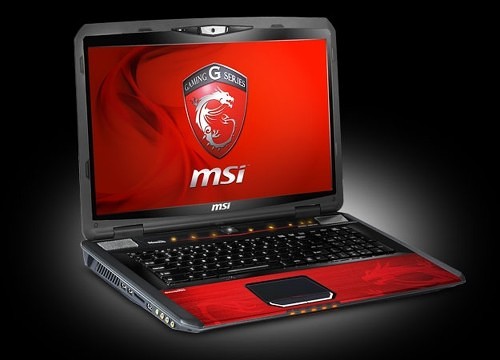 MSI wastes no time in putting the power of the latest and greatest from Nvidia and Intel to good use. The latest MSI GT and GE models are determined to break laptop gaming benchmarks and debunk misconceptions about portable gaming. The MSI GT70 will be shown off at Computex 2013 this week and it should be popular.

The MSI GT and GE models will be moving to the new Intel 4930MX chipset and 4th Generation Intel Core i7 processors. They will be accompanied by the new Killer Doubleshot network solution for lag free wireless gaming, and the new Nvidia GeForce GTX 700M series graphics. The combination of the latest and greatest gives the top-tier GT70 a 22% boost in graphical performance in PC Vantage thanks to the GTX 780M GPU onboard.

The MSI GT70 will also have the staple of options that this laptop series is known for. This includes the SteelSeries illuminated keyboard, up to 32 GB of RAM, Blu-Ray burner, headset amp, and built-in subwoofer. To help keep up with the new performance it also sports the Super RAID 2 with three SSD for up to 1500 MB/s transfer speeds. You will never have to wait to play your favorite games again. 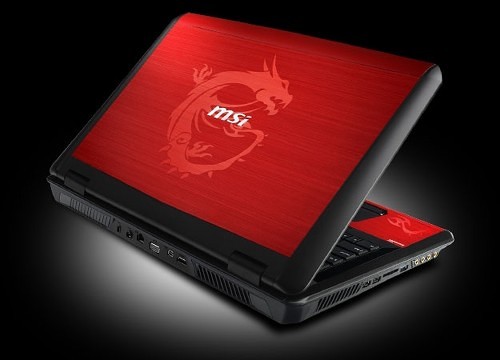 The MSI GT70 has an MSRP of $2799.99, but has a lot of power to packed into a portable computer, justifying the price tag. You can find more details below in the full press release.

The next generation GT and GE models have also improved on its storage, cooling and display outputs. The new Super RAID 2 has increased the amount of SSD storage from the last generation Super RAID with 3 SSD’s in RAID instead of 2, delivering over 1500 MB/s of speed. Cooler Boost 2 makes a return with an upgraded and efficient single fan cooling solution that reduces the average temperature by 8° C . Lastly, the new Matrix Display feature allows you to connect up to 3 external displays to the notebook for a total of up to 4 independent displays (including the native notebook display).

“MSI’s combination of cutting-edge components, superior design and unmatched performance delivers the ultimate gaming experience,” said Andy Tung, vice president of sales for MSI US. “We are making portable gaming without sacrificing performance a reality by understanding the gamers’ needs and exceeding their expectations on all fronts.”