This notebook was never intended to be powerhouse. That said, despite the integrated graphics, you still get a second-gen Core i5 processor and six gigs of RAM in this configuration. That’s not shabby at all for a consumer-gear laptop in the low to mid-tier range.

For my part, everyday performance was perfectly adequate. Web surfing, media viewing, and even lightweight video editing was handled without too much trouble. The bootup time was a little longer than I would have liked though, especially the time after the login screen (a solid 30-45 seconds before the hard drive was idle again).

Not surprisingly, the Dell Stage user interface is loaded on this Windows machine too, but I never really used it. This loads automatically at bootup with large icons on the home screen, giving you quick access to games, photos, music, magazines, and so forth. Realistically, I don’t anticipate too many consumers would use that, resorting instead to the usual Windows way of doing things. This isn’t a tablet.

When using this notebook under normal conditions, the battery meter told me that it was good for about seven hours. That’s with fairly lightweight use.

To really test the battery life on the Inspiron 14z with the standard six-cell battery, I allowed it to fully boot up before removing the charger. Then, I loaded a 720p HD movie (about 90 minutes in length) in Windows Media Player and allowed it to play full screen at 70% brightness and 50% volume, set to loop constantly. The Wi-Fi radio was kept on, but the Internet connection was dormant.

Under these conditions, the laptop lasted a total of 5 hours and 30 minutes before automatically hibernating (the power options were set to do this at <10% battery life). 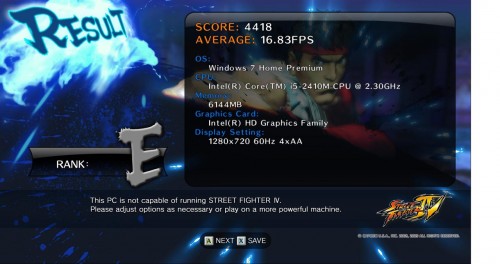 This certainly isn’t a gaming notebook, but the Street Fighter IV benchmark offers a good way of seeing the graphical processing prowess of a machine like this. I ran the benchmark under two configurations: one at the higher end and one at the lower end.

At the higher end, I set anti-aliasing to 4x, a resolution of 1280×720, parallel rendering, and “high” quality settings for models, backgrounds, shadows, motion blur, and particles. At this level, the game would be unplayable. The Inspiron 14z got a rank of E with an average frame rate of 16.83fps.

I really wasn’t able to get a more playable frame rate until I severely dialed down the settings. This involved no anti-aliasing, 1024×768 resolution, low quality for models and background, and “off” for shadows and motion blur. With that, the rank was A with an average frame rate of 58.10fps. 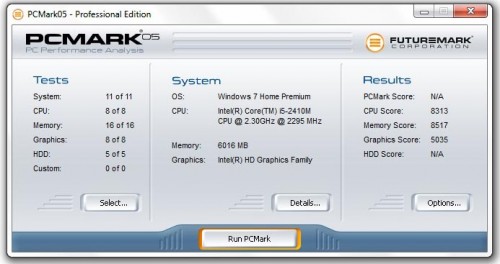 A total score for PCMark was not able to be calculated, but the CPU, memory, and graphics were rated at 8313, 8517, and 5035, respectively. This is with the full benchmark as run by PCMark05 Professional Edition.

The CPU and memory scores handily beat something like the Asus G51VX, but the graphics score is handily won by the Asus. To be fair, the Asus had a 2GHz Core2Duo and NVIDIA GeForce GTX 260M. 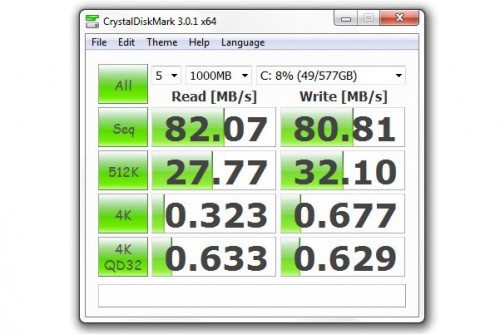 The 500GB hard drive in this laptop performs quite well. We tested it with CrystalDiskMark 3.0.1 x64 and found that the sequential read and write speeds on 1000MB blocks was rated at 82.07MB/s and 80.81MB/s, respectively. 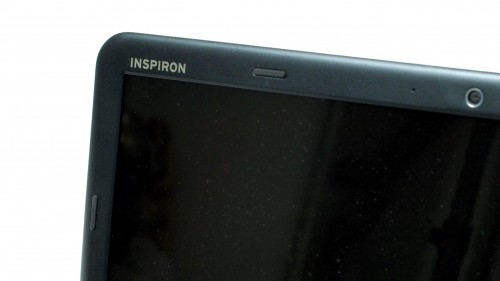 What happens when you look at the low to mid-range of consumer laptops is that these units end up with something of an identity crisis. They cheap out on certain aspects to keep the price low, but they spec up in other regards to improve performance and a level of quality.

And that’s precisely what happens with the Dell Inspiron 14z. You get that nice brushed finish that’s cool to the touch, but you also get a flimsy build for the lid. You get a more than adequate second-gen Core i5 processor, but you get stuck with integrated graphics. There’s USB 3.0 on board, but you also have an unsightly bump in the back where the battery sits. Performance is equally middle of the road.

At the $600-$800 price range, you have a lot of options when it comes to consumer laptops and there’s not much in the Inspiron 14z that would really make me want to recommend this over a suitable competitor. Shop around accordingly if you’re in this market.