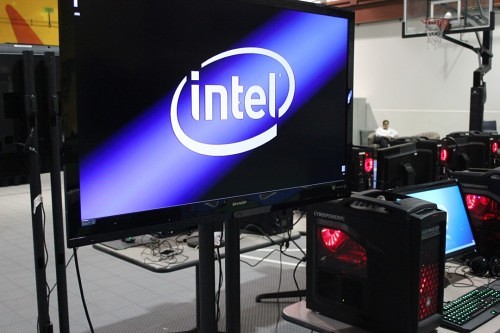 With Intel’s X99 platform set for imminent release in the coming quarter, we’ve already seen the boards and the DDR4 modules at COMPUTEX 2014. But the burning question is, where are all the chips? Well, here’s one chip to chew on, and it’s got eight cores onboard!

According to Digital Trends, the Intel Core i7-5960X will be the “Extreme” processor to be launched with the new flagship X99 platform will be based on a 22nm architecture. Unlike its predecessor, the Core i7-4906X (reviewed here), the new chip will increase the physical core count to eight, which will bring hyper-threading capabilities up to a whopping 16 threads. But at the expense of lower base level clock speeds, according to the site, which says the chips will start at 3.0 GHz with a 3.3GHz boost speed. It’ll be interesting to see if the new platform has enough optimizations and change to make up for the much lower clocks as Core i7-4960X starts at 3.6GHz, and easily turbos to 4.0GHz on demand.

While having 8 cores isn’t something new to Intel, as their Xeon line up has had this feature in play for quite some time now, it is the very first time that Intel is bringing this technology to the enthusiast and desktop market. We can only speculate as to whether this will have some sort of trickle down effect of increasing core count of their mainstream parts from a maximum of 4 cores to 6 cores.

Other highlights include the not so secret move to DDR4, with support for 2133MHz modules out of the box. We also get 20MBs of L3 cache onboard (vs the 15MB of the 4960X), and this will all be wrapped in a package that is only 140 watts TDP, which is only 10 watts more than its predecessor.