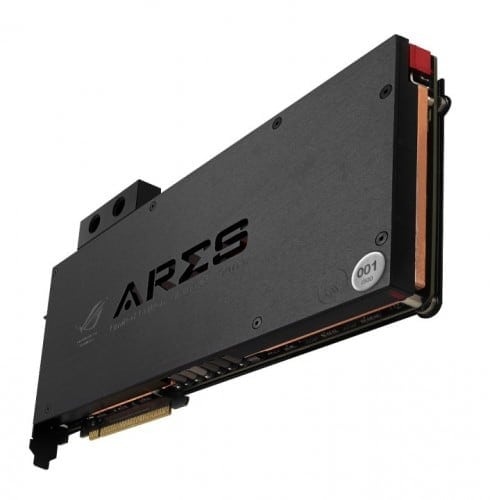 ASUS brought a huge something for everybody to Computex this year and all under the banner of Republic of Gamers. This promises two things for all the products. One: they will have a dark black and red theme. Two: they will all be top-tier, best of the best products that will change your perspective on gaming in style.

For the desktop DIY community, ASUS ROG brings you the Maximus VII Formula (now covered in armor), the Crossblade Range motherboard series, SWIFT PG278Q, and the Ares III liquid cooled R9 295X with 8 GB GDDR5 ram. I don’t even know where to start with this.

We have the Ares III which is one of the most powerful graphics cards ever to date; the SWIFT 27 inch, 2560 x 1440 resolution up to 144 Hz refresh rate monitor; or the ASUS ROG Crossblade Ranger FM2+ socket motherboard that brings top-tier power to AMD. All of these products are awesome and designed to take no prisoners in the industry. 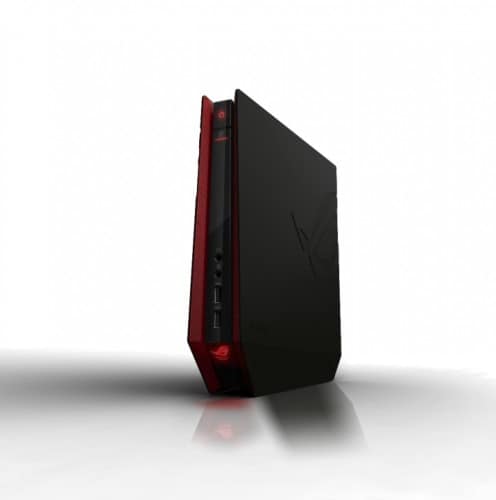 Beyond the DIY PC community, the Republic looks to expand the empire with the GR8 Console PC and other goodies. Designed as the ASUS ROG answer for the SteamOS console, the GR8 has an Intel Core i7 processor and Nvidia GTX 750Ti graphics card, SupremeFX audio, Intel Gigabit Ethernet, Miracast support, and upgradeable options. The GR8 has more power than most pre-build desktop PCs, but could be rivaled by the GX500 notebook from ROG which is a power house in its own right.

We have always wondered by ASUS Republic of Gamers just take on the role of villain in the DIY PC gaming. Everything needs a great bad guy. All of their products have the dark colors, ominous lighting, and sharp angular design scheme. You can find more details and products from ASUS ROG at COMPUTEX 2014 below.

June 3, 2014 – ASUS Republic of Gamers (ROG) today displayed at Computex 2014 its new line-up of products for gamers in pursuit of portability, class leading design and extreme performance. These exciting products include the powerhouse G20 small-form-factor desktop, the GR8 that delivers PC gaming power in a console design and the ultra-thin, ultra-cool GX500 gaming notebook.

Commenting on ROG’s Computex 2014 presentation, ASUS Chairman Jonney Shih said, “Performance is what we live and breathe for at ROG. Our design aesthetics are about creating a sense of pride and belonging, way beyond the use of lines or colors. We take it upon ourselves to transform your desires and imagination into a myriad of products that are both beautiful and powerful — to deliver an epic gaming experience. This time, we aim to break all the boundaries that confines hard-core gaming into any designated space.”

Created for champions in pursuit of portability and power

ROG designed the G20 to dominate the field of small-form-factor gaming desktops and has already received the exclusive Best Choice of the Year Award and Best Choice Golden Award at Computex 2014. The G20 features a unique compact case design that has no visible exhaust vents, but takes advantage of natural convection with a thermal design featuring a hidden airflow tunnel that ensures efficient heat management and near-silent operation, measuring just 25dB at idle. Powered by an Intel® Core™ i7 processor and a NVIDIA® GeForce® GTX™ 780 graphics card the ROG G20 offers unstoppable HD-gaming performance and entertainment.

With an Intel® Core™ i7 processor and NVIDIA® GeForce® GTX™ 750Ti graphics, the ROG GR8 packs immense PC power into sleek console dimensions for gaming experiences that push far beyond your expectations. Featuring outstanding SupremeFX audio output, no-lag Intel Gigabit Ethernet networking, 4K/UHD display output, Miracast™ support along with an easy storage and memory upgradable design, the GR8 is hardcoded for gaming and is fully compatible with SteamOS and the Steam Controller.

X500 is ROG’s new ultra-thin, ultra-cool notebook that offers gaming power to go. Measuring just 19mm (0.75”) thick and weighing in at 2.2kg (4.85lbs) in the 15.6” GX500 packs specifications far beyond its size. The GX500 features the latest Intel® Core™ i7 processor, NVIDIA® GeForce® GTX™ 860M graphics, 4K/UHD (ultra-high-definition) 3840 x 2160-pixel display with exclusive VisualMaster technology to provide a 100% NTSC wide color gamut, which is a world-first on a notebook. Gaming on the go has never looked this sharp.

Engineered for champions in pursuit of extreme performance

The Maximus VII Formula is pre-fitted with mPCIe Combo III + 802.11ac / Bluetooth 4.0, a compact connectivity module that delivers the latest wireless technologies along with mini PCI Express (mPCIe) and M.2 (10Gbit/s PCIe x2 and 6Gb/s SATA) slots along with ROG KeyBot and FanExpert 3.

ROG Swift PG278Q is a stunning premium 27-inch gaming monitor that is the first to support NVIDIA® G-SYNC™ technology at refresh rates up to 144 Hz for stunning smoothness and crisp 2560 × 1440-pixel (WQHD) resolution visuals.

Tearing, graphics stutter and latency are a thing of the past, and a smooth visual experience is ensured by a rapid refresh rate of 144Hz and a fast 1ms response time. An exclusive dedicated Turbo key allows the user to select refresh rates of 60 Hz, 120 Hz or 144 Hz with just one click, removing the need to open the on-screen display (OSD) settings.

Specifications, content and product availability are all subject to change without notice and may differ from country to country. Actual performance may vary depending on applications, usage, environment and other factors.