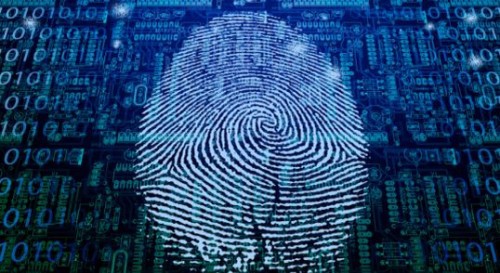 One of my favorite TV shows used to be CSI: Crime Scene Investigation. While I don’t watch it as much now that Gil Grissom is gone, getting replaced first by Morpheus and then by a 1980s bartender, I always found the concept of the show to be so engaging. Many people will criticize the show for not offering an accurate portrayal of real crime scene investigations or real police work, but we have to remember that this is entertainment.

I think of the bigger keys to the show’s appeal was that the viewer really can feel like they’re a part of the team, actively trying to solve the puzzle along with the “professionals” depicted on the screen. We get offered a glimpse into the tools of the trade and that whole x-ray vision effect that they do when re-enacting events related to the crime just draw us in even closer, engaging us even more.

And yes, there will absolutely be an ongoing need for crime scene investigators to do the work that they do. The world is a dark and scary place, so there will unfortunately always be homicides, kidnappings and brutal assaults that have to be solved. And they’ll continue to collect fingerprints and uncover physical evidence at the scene of the crime, but there’s another trend that is already upon us: online crime.

You can’t exactly break out the blacklight to search for spilled bodily fluids or traces of blood. You can’t scour through a digital chatroom to find a bullet casing that could lead you to the perpetrator of the crime. It’s an entirely different beast when you have to investigate cybercrime, because so much of the evidence isn’t in physical form.

So, while there will always be value to people who are well-trained in ballistics, chemistry and biology, there will continue to be an ever-increasing need for professionals with an online computer forensics degree. These are the people who will be best equipped to not only discover and collect the digital evidence found via the Internet, but also being able to properly analyze and report this digital evidence in criminal, civil and even administrative hearings.

These are the people who may not necessarily have the opportunity to crack a secure USB drive, but rather they’ll have to dig their ways through international web of interconnections, seeking out that tiny little snippet of data that could put a criminal behind bars. And their knowledge, just like the CSIs who go out into the real world, will need to be varied and multidisciplined in nature. They’ll need to understand all sorts of operating systems, programming logic, network security and even human psychology.

When I went to PAX Prime a couple weeks ago, I attended a panel with game developers and one of the key pieces of advice that one of them wanted to pass on is that it pays for developers to have some rudimentary understanding of what their colleagues do. It helps when they also understand PhotoShop or Indesign or whatever else, just as the designers can benefit from understanding more app development and programming languages. The same applies to computer forensics.

If you already have a good understand of the PC DIY market and you’re able to troubleshoot through all sorts of both hardware and software concerns, you are effectively acting as an investigator. Adding in an expertise in how the Internet really operates and how a cyber-criminal can pull off the crimes that they do is the next big step. And the world will need smart and well-trained anti-cybercrime professionals to combat the increasingly creative and resourceful cyber-criminals that populate the world wide web.