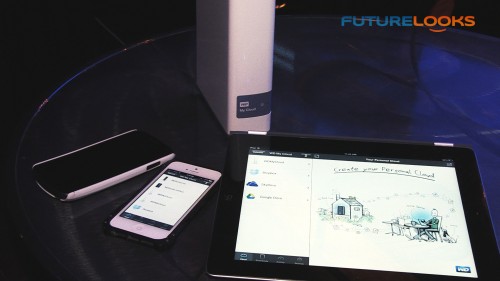 At a private event in New York, Futurelooks witnessed the launch of the Western Digital My Cloud Personal Cloud Storage Device. Unlike conventional NAS style devices, servers, or even the company’s previous My Book Live product, this product was re-engineered from the ground up to be as easy to use as possible and was created to augment, or even take over, cloud storage services such as DropBox, SkyDrive and Google Drive, just to name a few. Because it sits at home completely under your control, the device adds a level of privacy that gives a bit more peace of mind.

In order to get a clearer picture of how this device fits into the marketplace, along with a look at some of the more notable features and specifications, we had a chance to interview some key people from Western Digital about this new product family…

If you’re having problems viewing the video above, please check it out right here on our YouTube Channel.

Easy Back Up For All 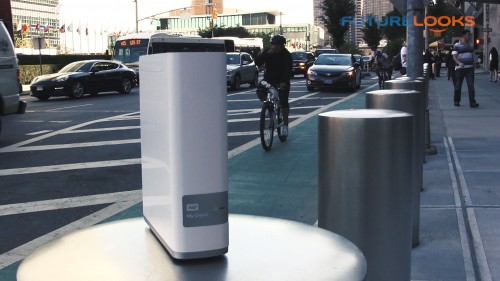 As you can probably tell, this will never replace a hardcore NAS or server. But what it does do is give people that have a whole bunch of excuses not to backup, something to back up to. From your smartphone, to your tablet, to your notebook on the road, plus all the desktops in your house, this provides the ability for you to keep everything precious backed up (at least once) to a device that you have control of. And what I mean by that is a device that isn’t a cloud service that, given the news lately, isn’t all that secure.

The Western Digital My Cloud is so easy to setup and deploy in your home, that there really isn’t any excuse not to have one if you don’t already have a good back up routine in place. Again, it won’t replace any decent multi-bay NAS or server, but it would be a great way to keep that free DropBox and Google Drive account, while running this in the background to augment that storage. In fact, the mobile and desktop apps seem to have some pretty tight integration between those services and there are probably more on the way.

It’d be nice to see Carbonite or even CrashPlan integration. And as Matt from Western Digital mentioned, because the My Cloud runs on a Linux OS, developers are already out there trying to figure out how to integrate new features into it. But out of the box, it already supports DLNA so it even works as a media server for your Smart TV or network media player like the WDTV products or even your game consoles. Plus, with an ARM A9 dual core processor under the hood, there’s no telling what can be done down the road.

The Western Digital My Cloud launches today and will be priced at $149 US for 2TB, $179 for the 3TB model, and $249 for the 4TB model. And as Scott Vouri from Western Digital alluded to, if you’re paying for that much cloud storage each year, you’re paying for it year after year. With a My Cloud, you buy it once, and you own it. But what if this isn’t enough for you?

A More Advanced My Cloud Down the Road 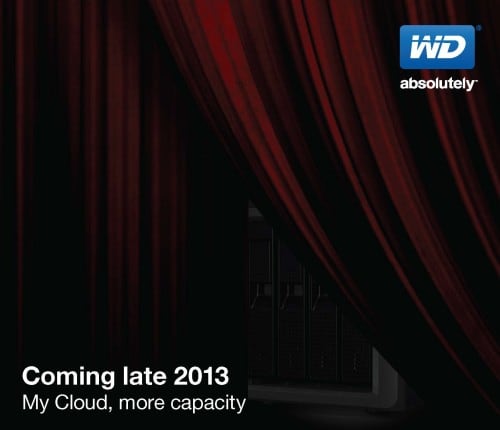 With the focus on the consumer market, and creating a product that was so easy to use that anyone could use it, we wondered if there was any hope for something that might be slightly more powerful. Or at the very least, have multiple drive bays that allowed us to have redundant and expandable storage, which may have performance benefits as well. Well, to answer our queries, they provided the photo that you see above.

It’s clear that someone is listening at Western Digital, and depending on how My Cloud does in the next few weeks, it looks like there are already plans in place to please people who are more demanding of their storage needs. Yet still want something supremely easier to use than even some of the more user friendly NAS solutions out there on the market today. It’s hard to see in the photo, but it looks like this product has at least four hot swap hard drive bays and will likely be a great fit with Western Digital’s RED drives that are built specifically for NAS duty. 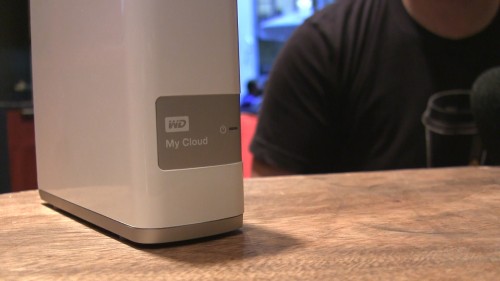 I think it was very smart for Western Digital to target the consumer market and in particular, the Cloud services out there with the My Cloud. Rather than make it a me too product with all the many NAS type products already on the market. They also focused on user experience and provided easy to use apps for both Android or iOS to allow that constant connection to the data you care about to take place. From our initial impressions of the product, it’s an absolute “toaster” of a product. As in, it’s so easy, it’s like making toast. Unless you burn toast. In which case, we don’t recommend anything to you.

We hope to have one of these in the office soon so that we can conduct our own evaluation on it. At launch, both mobile OS apps will be available with a Windows Phone option hopefully on the way. But even then, most of the features are available through a standard web browser.

So what do you think of the Western Digital My Cloud? Is it truly a replacement for cloud services out there? Or does that DIY spirit still have you thinking that you can build one better yourself (for cheaper)? Let us know in the comments below!

UPDATE: Our friends at MEGATechNews also picked up this story in New York and did an unboxing on the spot. Check that video and coverage out right here.