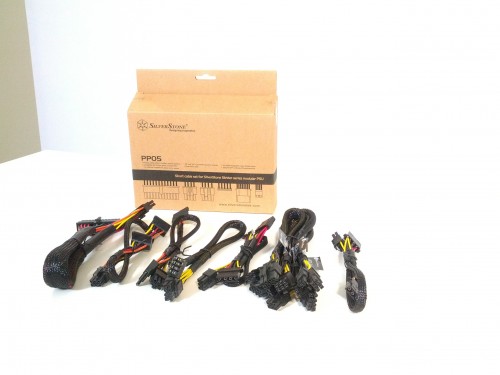 Some of my favourite PC DIY products are ones that make a huge impact but are simple in nature. And that’s exactly what the Silverstone PP05 cable kit represents. It’s built to retrofit to Silverstone’s Strider series of modular power supplies and converts those cables meant for mid-tower and full-tower builds, into shorter ones that work better in small form factor cases of all shapes and sizes. If you’ve ever tried to cable manage long power supply cables into a small form factor case, then you’ll really appreciate this kit!

Check out our video below…

If you’re having problems watching the video on this page, you can check it out right here on our YouTube Channel.

What We Like About The Silverstone PP05 Short Cable Kit 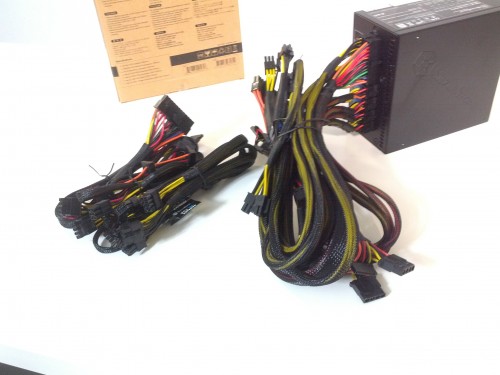 Silverstone Strider power supplies are very well known for keeping their 160mm ATX standard depth while providing up to 1000W of power. This would have solved the PSU depth issue we experienced in our first Prodigy system build, and our second as well, without having to resort to DIY mods to get it to fit.

Very well illustrated in the photo above, we are often forced to cable manage full length power supply cables into a chassis that didn’t need them. As you can see, the entire bundle of PP05 cables is nearly half the length of the stock cables in our Strider 850W modular PSU, which would have made our cable management task very quick and painless. A well cable managed case also promotes air flow, which is crucial in small form factor builds.

What We Didn’t Like About The Silverstone PP05 Cable Kit 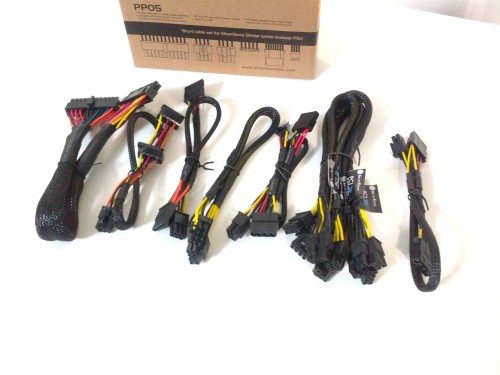 There isn’t anything we didn’t like, but we do have some suggested improvements. For example, we did find the cables a bit stiff, but that could be by design because the cable runs are so short. If Silverstone could find a way to make them more pliable, or even, see if they can do a sleeved version of them, we think that not only would that make them more flexible, but it would also make them look more attractive.

There really is very little to suggest because the PP05 cable kit already does so much to improve your DIY building experience in small form factor cases. As suggested in the video, these could also be teamed up with sleeved extensions that could improve cable management on some of the more challenging mid-tower builds out there, while improving aesthetics.

I think a lot of people, including myself, would be happy to if Silverstone brought out special editions of Strider PSUs with short sleeved cables, made specifically for small form factor builds. With mini ITX boards and cases become so awesome lately (just look at how insane this ASUS Z87I-Deluxe board is!), I think the time has come to recognize this growing segment of the market.

A Valuable Mod for Any Small Form Factor Build

The Silverstone PP05 Short Cable Kit is available to retrofit all of their Strider series modular power supplies made within the last few years (see the compatibility chart) but could also be compatible with other PSUs on the market assuming the pin outs are the same. So if you’re pondering your next small form factor build, and a Silverstone Strider Power Supply is on your list of components, consider picking up a PP05 short cable kit as well. You won’t regret it.

The Silverstone PP05 short cable kit retails for around $29.99 US but can be purchased for as low as (latest price) on Amazon.