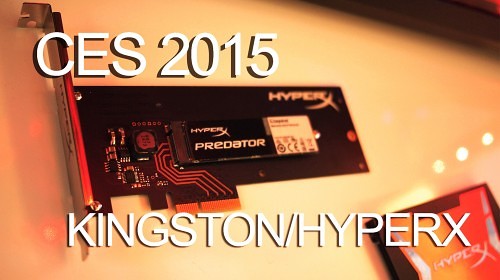 Every year at COMPUTEX, we see what’s coming. And then at CES the following year, we see it all pretty much ready to go. That’s exactly what happened at the Kingston Technology suite this year at CES 2015. Last year at COMPUTEX 2014, we saw a further along version of their PCIe SSD, and a new SSD in the pipe, and this year, both products get branded under their HyperX brand for gamers and PC enthusiasts. There was also one more surprise which we didn’t get shown at a previous show, which we’ll see in the video below…

For those that want to skip around, check out the time codes below. If you have any problems watching the video, you can also view it on our YouTube Channel. (originally posted on Jan 11, 2015) 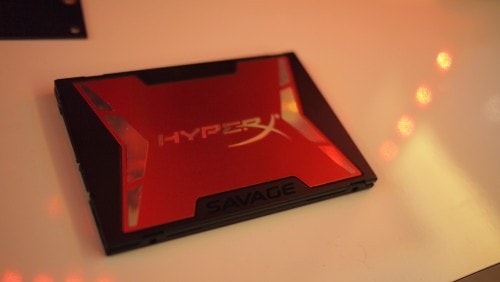 00:21 – It seems like a lifetime ago since Kingston released their first SSD to the market. Their original HyperX Blue SSD was first unveiled to us at COMPUTEX 2011, and at CES 2015, the company is finally updating the product line, with new products, based on Phison controllers, which we previewed at COMPUTEX 2014. The new HyperX “Savage” will slot in at the top of the SATA SSD food chain, and will join the “Fury“, which was aimed at value conscious gamers. Pricing will be on the premium side at about a dollar per GB at launch and will hit capacities from 240GB and up. 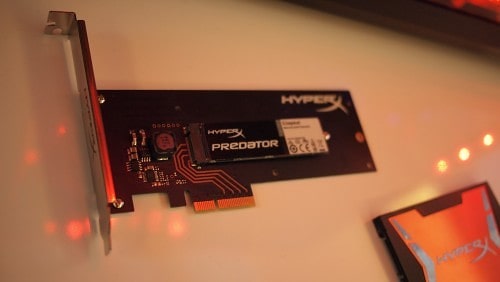 01:17 – The HyperX Predator PCIe SSD finally launches. Coming in capacities from 240GB and up, the new M.2 based product, based on a Marvelle controller, will give a boost to any system with a PCIe slot. This means that systems without an M.2 slot will be able to taste the 1400 MB/s read and 1000 MB/s write of this x4 rated device. Pricing will be about a buck a GB and we’ll be getting more info on launch dates very soon. 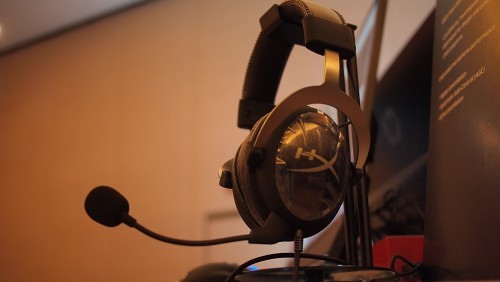 02:14 – The HyperX branding push is going to give Kingston the legs to move into more peripherals. The first headset was the HyperX Cloud, and at CES 2015, they launched the new Cloud II, which is more of a refinement of the original cloud, with enhanced padding, and a new USB audio card that simulates 7.1 sound. The new headset will slot in at $99 US, which will push the original cloud, down to an even more affordable $69 – 79 US price point. We were told that the HyperX Cloud series was always meant to be a trio, so we suspect that a new high end model, may be unveiled, at COMPUTEX 2015, later this year.

04:20 – Last year, Kingston and other manufacturers got stung when they were accused of switching out components on some of their SSDs. Although this isn’t an issue for most consumers, the ones most impacted would be the business and enterprise markets, which rely on products that have a stable lifespan. Kingston has responded with their new KC series of SSDs which, as part of the premium pricing of a dollar a GB, will retain both their controller an flash configurations, for the lifespan of the product line. Since IT departments depend on stable platforms, these new SSDs will appeal to that market.

For more CES 2015 coverage, click right here. Additional photos from our visit with Kingston Technology, can be found below.