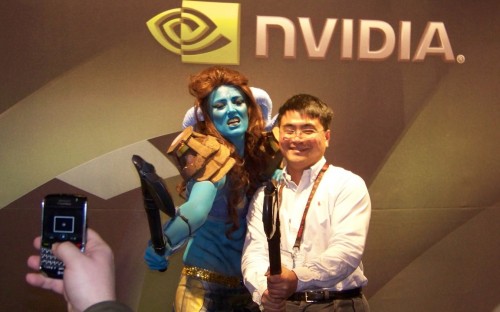 CES 2011 was massive this year and no matter where we went, there was something cool to see. Here are a few of our final visits with some companies you might know. They include System Building, CyberPower, memory and flash maker, Patriot Memory, and case, power supply and accessory makers, ThermalTake, Silverstone and CoolerMaster! 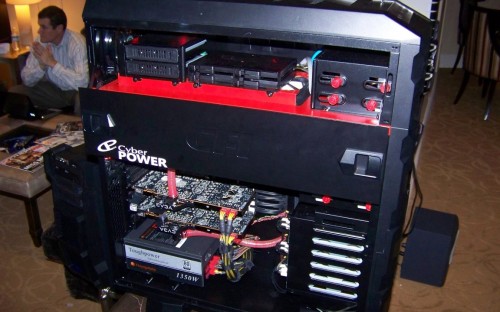 System builder, CyberPower was at CES 2011 showing off what they could do with some top end components and some imagination. The results are some pretty cool looking systems that we show off in the video below…

The white on black InWin Dragon Rider case showed off some great detail work and we were assured that a lot more creativity and extreme system integration is coming down the pipe. The Koolance quick-connectors on some of their system really make it easy to configure and service one’s water cooled system without disassembling. If we didn’t build our own rigs, we’d really be tempted to get these guys to build them. 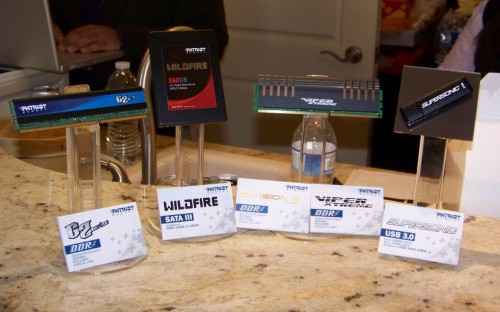 From the P35 chipsets to the P55A, Patriot Memory has always supported high clocks speeds with INTEL motherboards. Well, they’re back again for “Sandy Bridge” P67 with their Division 2 Viper Xtreme DDR3 which tops out at 2133MHz. Also on show was their G2 series, which is ideal for those on a budget. We have some of the 1866MHz stuff under testing right now which you’ll see in a review coming up soon.

Patriot also dabbles a bit in the SandForce SSD controllers. The successful Inferno series is now replaced with the Wildfire series also featuring a new SandForce controller. While the new Supersonic USB 3.0 flash drives, which use a single chip design unlike the dual chip that launched from other vendors, helps cut down on the heat and increases reliability. 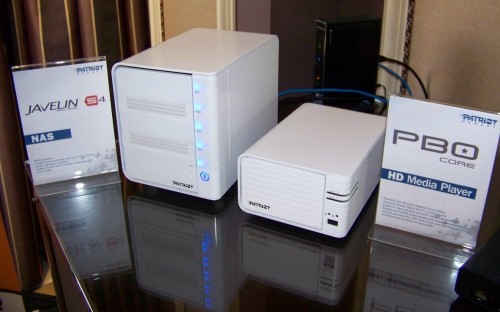 Also on the menu are a new series of NAS devices called the Javelin. Currently, it’s a 4-bay RAID 0/1/5 capable storage unit meant to serve any media format you need. Software is in the works that gives users an intuitive interface that makes setting the unit up for many different purposes easier. This is a problem that many NAS out on the market have as they aren’t particularly easy to use and setup. Hopefully Patriot gets this down before release as we’ve shot down NAS devices in the past for having horrible user experiences.