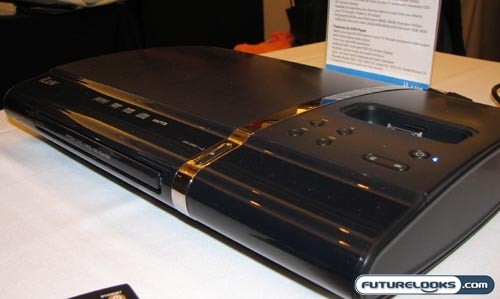 Doesn’t it suck when you can’t decide between watching a newly downloaded video on your Apple iPod and that hot new DVD that you scored at the local video store? No longer do you need to decide between the two competing formats, because both can be enjoyed on your increasingly expensive home theatre system, thanks to the iLuv il255.

On one side of things, you’ve got a standard iPod dock that’s been integrated right into the unit, working perfectly fine with everything from the iPod touch to the 3rd-generation iPod nano. It’ll also work with the iPod Classic and iPod Video (30GB, 60GB, 80GB). To make matters more interesting, the on-screen display is meant to mimic the iPod navigation menu. 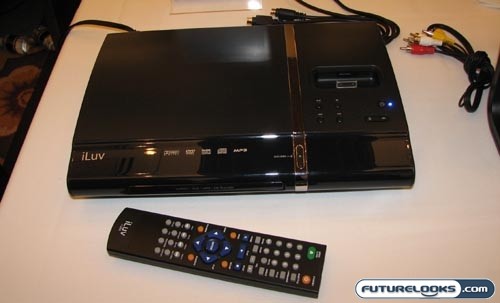 On the other side of things is a standard DVD player that’ll take care of multiple subtitles, angles, and audio functions. While it has no trouble with VCD and MP3 CDs, the sad thing is that the iLuv il255 5.1 channel slim desktop iPod/DVD player has absolutely no love for DivX-encoded video files. Darn.

The initial version can go no higher than composite, but an HDMI-equipped edition is being planned for April 2008.

Just the Tip of the CES Iceberg 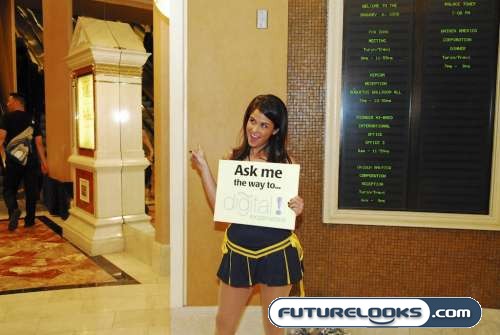 The Consumer Electronics Show has seen the official debut of all sorts of innovative products and I fully expect this year’s show to be no exception. Digital Experience at Caesar’s Palace provided me with just a glimpse into what to expect at the rest of the exhibition and we can only imagine with the big dogs have in store of us. We’ll find out soon enough, as we trek up and down the Las Vegas strip this week for CES 2008.

For more pictures and products from this event, check out the Futurelooks CES 2008 PEPCOM Digital Experience Photogallery.