Genius, also known as Genius KYE, is a firm based out of Taiwan and they manufacture a wide range of consumer electronics. They had a fairly large booth at the Sands Expo, showing off quite a few products that are perfectly in-line with experiencing the digital lifestyle. 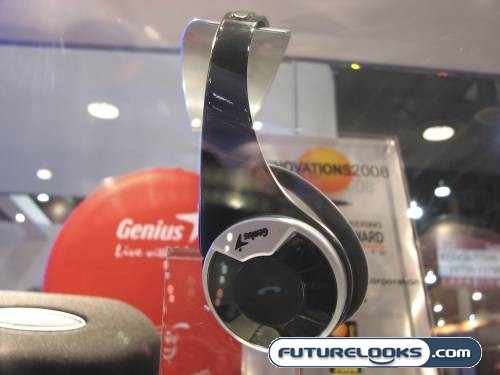 The first product that we were shown as the BT-03i Touch Panel Headset. This is a Bluetooth stereo headset that lacks conventional buttons for controls, opting instead of touch panels to adjust volume, change tracks, and so forth. It’s compatible with both AVRCP and A2DP, and it boasts something that they call Clear Voice Capture (CvC). Operating time is said to be in the 6-8 hour range, whereas standby sits at up to 220 hours. The BT-03i received a CES 2008 Design and Engineering Showcase Award. 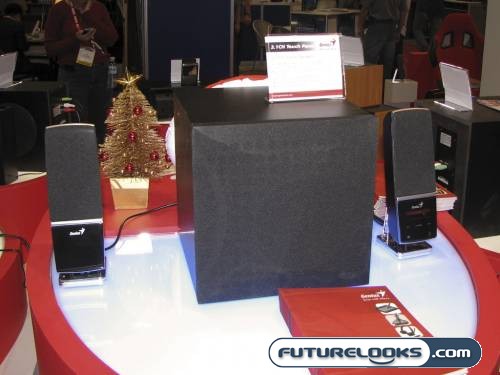 Continuing with the touch-sensitivity theme, the next item that I was shown was a 2.1-channel touch sensitive speaker system, largely designed for use with PCs, but it should also be perfectly effective for other audio sources as well. The 30-watt subwoofer is a pretty standard cube with no notable controls, but on the right stereo speaker, you’ll find a series of touch-sensitive controls for adjusting volume, the equalizer, and so on. Each of the two satellite speakers produces 10 watts of juice. There’s also a line-in jack and a headphone jack for alternative connectivity. 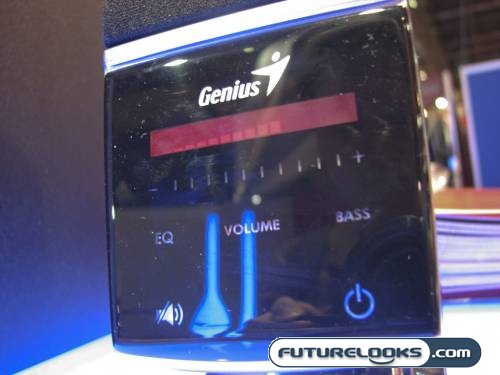 Genius also had a wide range of digital picture frames on display, all of which had a 4:3 aspect ratio. The company representative said that most people own digital cameras these days and that they typically take their photos in the 4:3 aspect, so there really is no point in having a wide-aspect digital picture frame. The image quality appeared to be quite good and they came in a variety of designs, including keychain-sized picture frames. 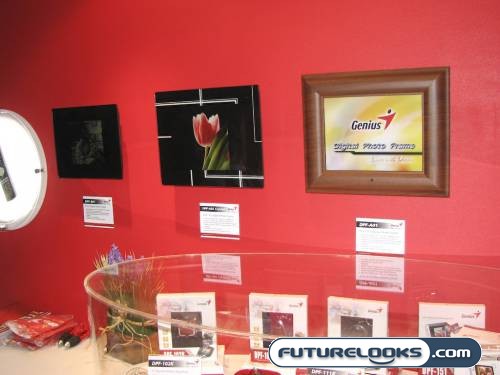 On a side note, the Genius reps seemed very disinterested in their products and they had absolutely no enthusiasm about anything that they did. This is unfortunate, because not only does it reflect poorly on them as PR reps, but it also reflects poorly on the company. They also didn’t sound too ecstatic about sending out review units, but if you don’t let the press review your products, you’re not going to get very much exposure. I think that the Genius execs need to re-think their marketing strategy.

For more enthusiastic looking pictures of their products, please check out our CES 2008 GENIUS Photo Gallery. Onto UBICOM!