The Consumer Electronics Expo in Las Vegas is home to a lot of cool toys. Two companies that grabbed our attention from the trade show floor are Samsung and LG Electronics.

On one hand, you’ve got a company that makes everything really pretty and on the other hand, you’ve got a company that does the pretty stuff too. The question is, which Korean sibling does it better? Both Samsung and LG had some rather massive booths at CES 2008, so let’s just provide a few highlights of the most interesting products we saw at this year’s trade show.

Contrary to popular belief, LG does not stand for “Life’s Good”. At least, it didn’t originally. The “LG” in LG Electronics is derived from Lucky-Goldstar, the two brands that once fell under the Korean manufacturer’s banner. Over at their giant booth in CES 2008, LG Electronics had everything on display from killer televisions to funky multimedia players. They also had a handful of items that are still in their concept stages, so let’s have a look-see at what LG had to offer. 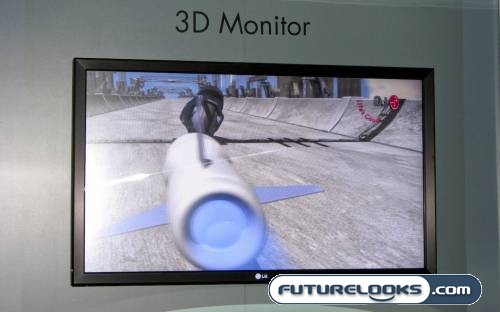 Televisions with 3D capabilities aren’t exactly new, but they all require some sort of special glasses or goggles in order for them to work. I know that’s the case with the Samsung offering. LG wants to eliminate this cumbersome hurdle, and they’ve managed to do it with their 3D monitor. Apparently based on conventional LCD technology, this television is capable of displaying a three-dimensional image and you don’t need goggles for it to work. What they’ve done is placed three panels on top of one another, giving you the impression of depth. The image becomes very blurred when you’re the wrong distance or angle away from the screen, but it looks pretty amazing when you’re in the optimal location. 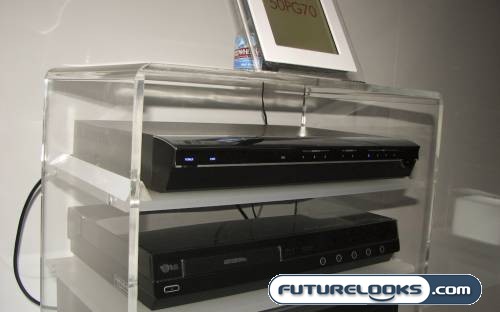 Wireless HDTV is getting that much closer to reality. So many folks are mounting their plasma and LCD TVs on their walls, making it incredibly challenging to reach the connectors on the back. LG addresses this issue with their interesting wireless HDTV solution, reproducing the various connectors in a set top box that can be placed anywhere in the room. From here, you can hook up your Blu-ray player, Xbox 360, or whatever other AV device you want to connect to your TV. The television still has all of its own connections on the back as well. 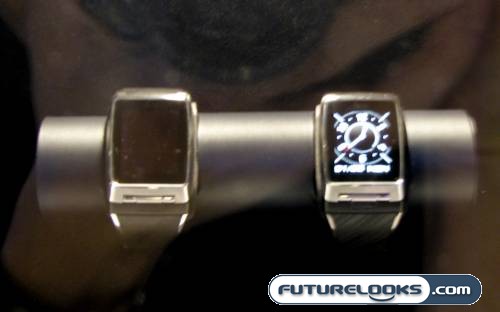 You’ve got flip phones like the Motorola RAZR, smartphones like the Apple iPhone, and slider phones like the Samsung U600. LG is taking a stroll off the beaten path with their LG Watch Phone concept. In a nutshell, it shoehorns all the functionality of a standard mobile phone into a form factor that sits on your wrist. It’s got Bluetooth, so you can chat without having to yell into your hand. There are also limited controls for navigating the phonebook and other features.