The German powers at be quiet! have been quite busy lately and have brought some of their new products to show off at CES 2016 in Las Vegas this year. The biggest announcement of the bunch will be the successor to the company’s Pure Power 8 power supply series which is called the…drum roll… Pure Power 9!

be quiet! will be slowly replacing the Pure Power 8 PSUs in the market and will launch with both fixed and modular cable versions. The new series improvements over the Pure Power 8 series include…

The last one is purely subjective, but the company always seems to make the smallest tweaks that add to the cosmetics without taking away. The series will also include a new be quiet! 120mm fan and an active clamp topology with two 12V rails. Along with that, the Pure Power 8 series will be 80PLUS Silver. 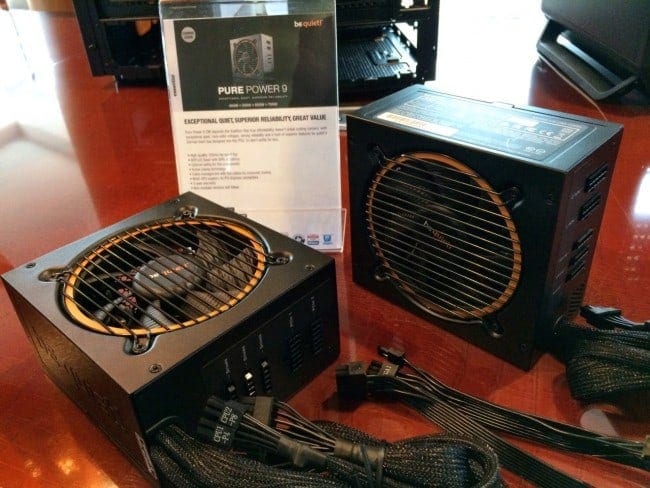 The modular version of the power supplies will have..

These tweaks should make building with a be quiet! Pure Power 9 series power supply even more flexible. 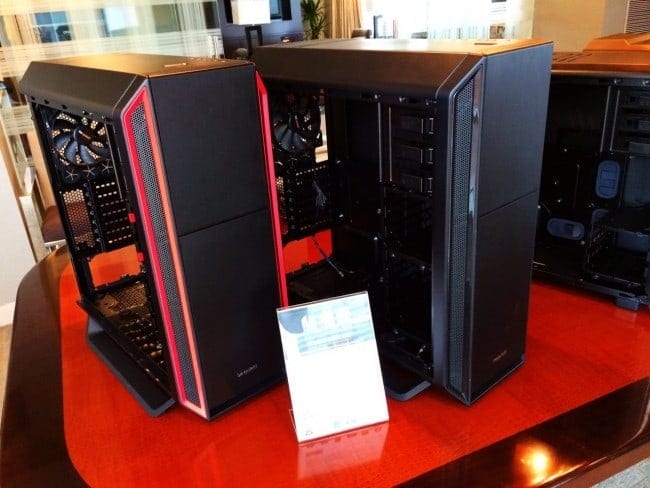 In addition to the power supplies, be quiet! has also been refining their case offering with a brand new red version. Available within Q1, the new colour will be offered for the same price as the other colours, in both window and non-window versions of their SB600 & SB800 cases.

While be quiet! has been quite busy, they’ve been busy refining their products based on user feedback. More photos from their CES 2016 display below.