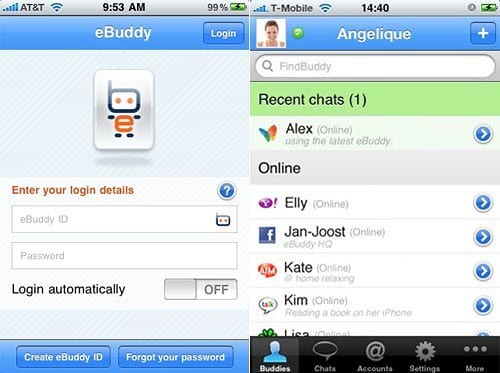 Want to stay connected with all your friends online? Instead of downloading and running separate applications for each of the different protocols, access them all with the eBuddy client. I originally thought that this instant messenger application was only available on the Apple iPhone, but it turns out that there are versions for most other platforms too.

Supported platforms include Android as well as many Symbian OS handsets. It even supports some “dumb phones” and funny enough, has support for the Nintendo DS and PSP plus other devices. Unfortunately, there is no native app for BlackBerry folks. That’s not surprising since BB OS has most of these apps included natively. There is even a browser based client.

With eBuddy, you can chat over MSN, Yahoo, AIM, GTalk, Facebook, MySpace, and even ICQ. Does anyone even use ICQ anymore? Or MySpace, for that matter?

Some sort of web browser is pre-installed on every smartphone. There’s the BlackBerry Browser for the RIM crew, Safari for the iPhone crowd, and so forth. However, these default browsers can sometimes leave a lot to be desired.

While not as robust as the Opera Unite experience, Opera Mini and Opera Mobile provide good alternatives for surfing the web on the go. On my Nokia, for instance, the Symbian browser boots me to mobile sites, while Opera Mini will load the “full” HTML site by default. Same with the BlackBerrry Edition. And yes, iPhone users now have Opera as an alternative browser as well too.

Check the device list to see if there is a version of Opera Mini or Opera Mobile for your chosen smartphone.

Social media is huge and it’s just more convenient when you can cull all of that information into one location. It’s also nice when you have an attractive interface. Snaptu (mostly) achieves both these goals.

While the app is advertised as able to work on all platforms, there are some notable exceptions. For example, it’s not available for the iPhone, since it’s designed to mimic the iOS home screen layout. While Android isn’t supported officially, there is an Android workaround to create an appropriate APK file though. 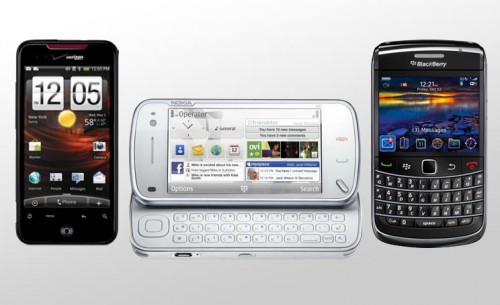 Apps are huge. They are what make smartphones so great and they’re popping up in other places too. Better still, regardless of the smartphone platform you choose, you’ll have a great selection of apps to download and try.

Whether it be Android Market, BlackBerry App World, Ovi Store, or the iTunes App Store, there’s always something new and exciting to install. And now we can all just get along with one another, since all of us have some of the same great apps to use.