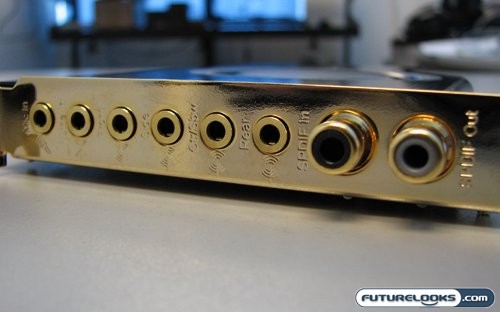 The rear of the card sports a large array of ports. This allows the Xonar D2X to support a myriad of devices and configurations. The full list of ports, from left to right, reads as follows.

That means that not only is this card fully capable of 7.1 surround sound, but it also can input and output S/PDIF on both coaxial and digital. This makes it a great candidate for installation in a home theatre PC, as it can be the central hub for many different components. 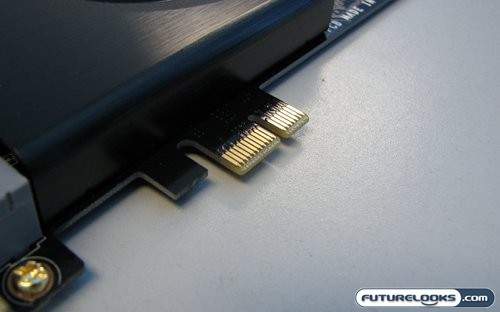 As I mentioned earlier, this Xonar D2X connects to your motherboard by way of a x1 PCI express connector. This card is one of only a few PCIe sound cards on the market. The choice of this connector ensures the card is somewhat future proof. The only downside is that some motherboards place the x1 PCIe slots in some precarious places, like between video cards or next to power supplies. Speaking of power supplies, there is one more downside with the Xonar D2X. 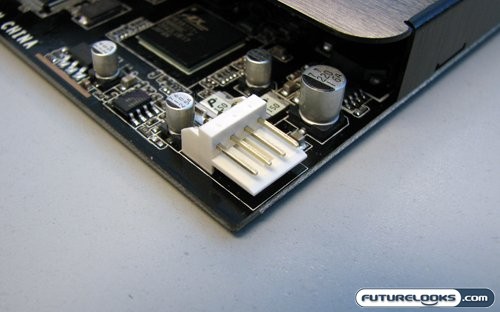 Because the PCIe bus doesn’t provide the same amount of power available over the PCI bus, the Xonar D2X needs an additional power source. This comes in the form of a floppy power connector. No adapter is included with the card to adapt a standard Molex connector, which might cause an issue for some users as some power supplies only come with one floppy connector. If you have a modular power supply you might be using an entire power cable just for the sound card, as many modern systems don’t have any components in them that use Molex connectors. External power is a requirement, but a standard Molex connector would have been preferred.

While on the topic of connectors, it should be noted that the Asus Xonar D2X doesn’t have a header for front panel audio. This makes it necessary to reach around the back of your system should you want to switch to headphones. 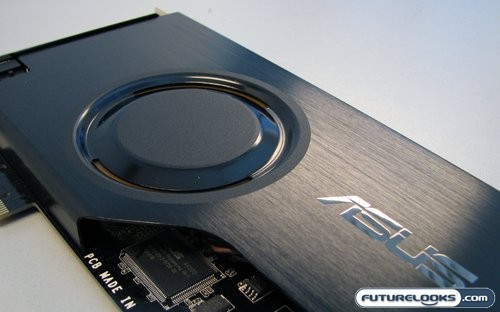 The positioning of the Asus Xonar D2X on your motherboard shouldn’t matter, as Asus has placed a metal plate on the sound card that they claim will act as an EMI shield and as mentioned earlier, the ring around the shield gives us a bit of an orange light show when armed.