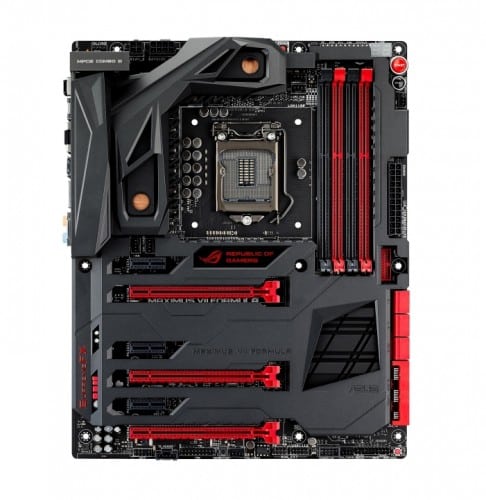 Many people were curious about the prizes being given away in the Republic of Gamer Overclocking competition. Well, now we have more details about the one of the amazing motherboards they will be giving away in the Maximus VII Formula.

As you would expect from a top-tier motherboard, the Maximus VII Formula comes with all the bells and whistles ASUS has to offer in a board. ASUS included the best hybrid cooling solution in CrossChill, the best Intel Gigabit Ethernet with GameFirst III and LANGuard, the best audio with SupremeFX, and the best protection they could offer with ROG Armor. If it’s not features you want, there is a Watch Dogs Edition that comes with a free copy of the game.

From the stylish black nickel EMI cover and ELNA® and WIMA® film capacitors to the high-fidelity Texas Instruments LM4562 amplifier that drives up to 600ohm-impedance headphones via the rear output, every part of SupremeFX Formula 2014 is engineered for audio clarity.

ROG has even reinvented the RJ45 socket, with LANGuard. Featuring premium surface-mounted capacitors and special filtering components, the anti-ESD design helps to protect the board against lightning strikes and static-electricity discharges.

TrueVolt 5V technology delivers a rock-steady 5V supply to both the front and back USB sockets — with no drop-outs. All connected equipment benefits from a clean 5V supply, assuring greater compatibility and added protection for USB devices.

The exclusive ROG Armor is a dual design that compromises a strong and stylish ABS-plastic cover and an SECC (steel, electro-galvanized, cold-rolled coil) back-plate. The ABS cover blocks heat from graphics cards to help lower system temperatures for better performance, while the SECC backplate supports the motherboard to prevent bending and also employs thermal pads to conduct heat away from crucial components. Similarly, Q-DIMM’s one-sided clips means handling memory modules is a cinch, and resettable fuses provide DRAM over-current protection that minimizes the chance of short-circuit damage to memory and connection ports. 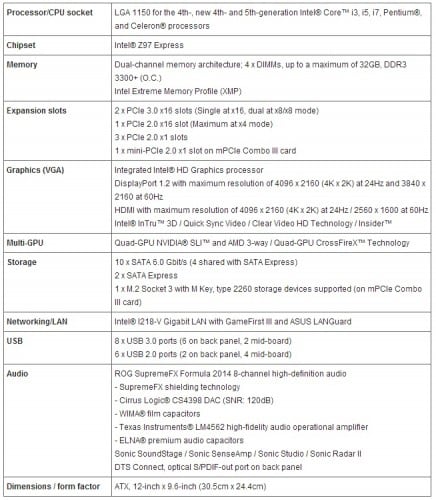