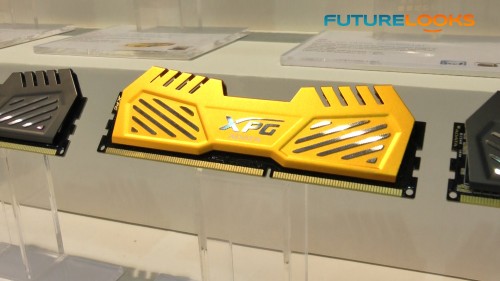 ADATA has been attracting a lot of attention to themselves in a good way thanks to their XPG series of SSDs and memory. Recently you may recall the release of the new XPG V2 series of memory with speeds up to 2800 MHz for the Intel Haswell platform. ADATA has now decided that it wasn’t fast enough. So in response to their decision, 3100 MHz XPG V2 DDR3 memory kits are now being released.

I can’t believe I am saying this, but DDR3 has officially moved beyond the 3 GHz barrier with this 8 GB kit. A feat that DDR3 was never designed to accomplish, necessitating the need for DDR4. The ADATA XPG V2 full supports the latest XMP specifications, which is the way you unlock the power of this memory. Or you can get there manually with specs of CL12-14-14-36 at 1.65V if an XMP profile is not available.

While many may have seen overclocking records beyond 3100 MHz, this kit is the very first that supports beyond 3GHz speeds out of the box. If this isn’t fast enough for you, then quite frankly, nothing is.

Unfortunately, no pricing or availability was announced. Hopefully this doesn’t end up being a “paper launch” and we really do see these modules out on the market.

Gamers and enthusiasts to benefit from latest DDR3 at 4GB density

The XPG 3100 V2 is the result of special cooperation with Asrock, and suitable for all motherboards that employ the enthusiast oriented Z87 chipset. Due to strict compatibility testing and QVL (Qualified Vendor List) certification, the modules can be directly overclocked using XMP (EXtreme Memory Profile) to the highest frequency of 3100 MHz. This unprecedented speed will gratify those who always seek an edge in boosting system performance.

The new XPG V2 product specifically targets the world’s gamers with unmatched speed and unique cooling efficiency, fully meeting the specific needs that arise from overclocked performance. Not only can speeds of 3100 MHz be reached, but bandwidth can attain rates of up to 24,800 MB/s, once again breaking through top performance levels for overclocking memory.