Whenever a new CPU comes out, you always have to wonder, if that chip will be supported on the board that you already have. Even if they stick to a similar socket form factor, a BIOS update is often still needed for you to be able to drop that new chip in. This is a similar situation that a lot of enthusiasts have as Intel readies their latest chip to go to market. Following in ASUS footsteps, ASRock has also pledged support for Intel’s 5th Generation Core series “Broadwell” processors for their Z97 and H97 based motherboards.

ASRock will be rolling rolling out updates through their ASRockAPP Shop software. Although we’re pretty sure you don’t have to “pay” for the upgrade through said shop. When the BIOS upgrades will be rolling out is another mystery, but we would assume that this would be shortly after Intel allows everyone to release their reviews. Hopefully, we’ll all get to see the new Turbo Boost 2.0 tech, hyper-threading, and upgraded IGP in action. And so will users on ASRock Z97 and H97 boards. Built on the 14nm process, we’re also hoping to see some nice overclocks from Broadwell as well. 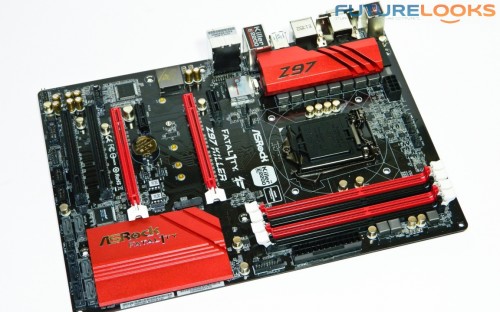 The question though is, will Z87 and H87 users get the same kind of love from ASRock down the road. We’ll have to wait and see.

The original press release from ASRock is posted below.

TAIPEI, Taiwan, March 18, 2015 – Tired of that same old boring computing rig that has been sitting lifelessly on the desk? Well, a system upgrade might not be a bad idea right now, especially when Intel is releasing their latest 5th Gen Intel® Core™ Processors. Besides, if you already own an ASRock Z97 or H97 chipset motherboard by any chance, then they’re actually ready to support these new processors by a fast and painless BIOS upgrade through the ASRockAPP Shop software.

ASRock Inc. was established in 2002, specializing in the field of motherboards. ASRock strives to build up its own brand. With 3C design concepts, “Creativity, Consideration, Cost-effectiveness”, the company explores the limits of motherboard manufacturing while paying attention to environmental issues at the same time, developing products with the consideration of being eco-friendly.

ASRock has been growing fast and has become one of the three largest motherboard brands with its headquarters in Taipei, Taiwan and branches in Europe and the USA. The young and vibrant company targets at the entry to mainstream segment of the MB business, owning reputation around the world market with its reliability and proficiency. For further information, please visit:http://www.asrock.com/