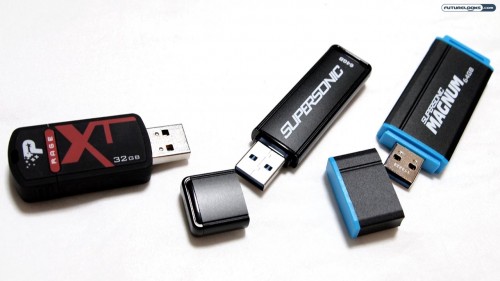 Not all USB flash drives are made alike. There are reasons why you can find el cheapo knockoff brand drives in the bargain bin, as well as seemingly similar flash drives for much more money. And this goes well beyond just having more storage.

So, what products are participating in this little competition? 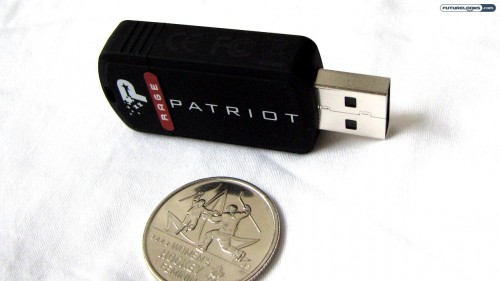 Easily the most affordable of the bunch is this USB 2.0 drive. You might remember our Patriot Rage Xporter XT review some time back.

As a quick refresher, you get quad channel technology, a slide-out USB connector (no lost caps!), and a rubber coated housing that will protect the drive against minor daily abuse. The 32GB model used for this shootout sells for $69.99, while the 64GB version retails for $129.99. 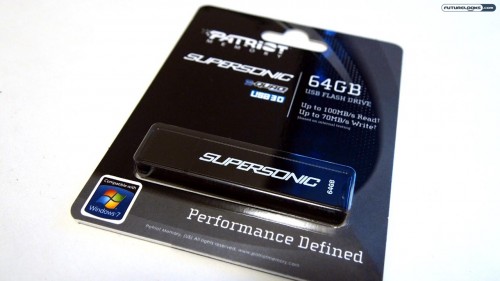 The first of our USB 3.0 competitors is the Patriot Supersonic 64GB USB flash drive. Like the Rage XT, the Supersonic boasts quad channel technology, but it takes on an entirely different form factor. Of course, USB 3.0 is also a sizable upgrade over USB 2.0.

Rather than use the rubber coated housing of the Rage, the Supersonic comes with an aluminum housing for shock resistance. It’s quite thin and it uses a traditional cap, but the cap can’t be clicked into the other end of the drive when not in use. 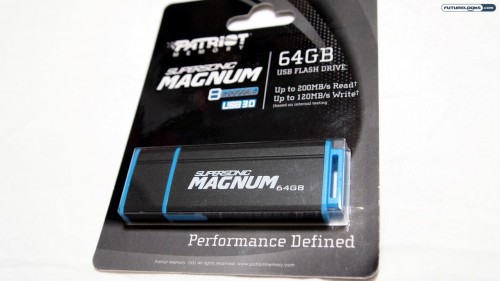 It also has an aluminum housing, but the Magnum is about twice as wide as the Supersonic. This can be problematic, since it’s quite possible for this drive to block other ports on your computer. I guess that’s the tradeoff for faster speeds.