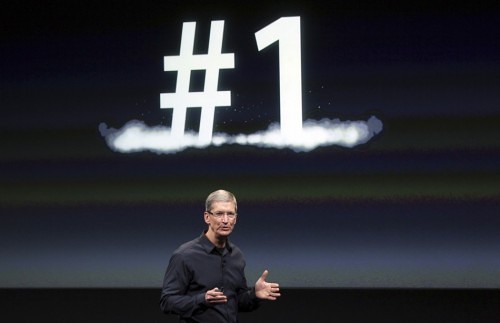 Apple likes to be number one. Number one in profits, number one in sales, and now they are number one in the amount of vulnerabilities in both their desktop and mobile OS. I guess when they say that “Mac’s don’t get viruses” they might be sort of right. Instead, they might be easier to targets for hacks and exploits. Not that it’s any better.

According to a study by the National Vulnerability Databse (NVD), Apple OSX and iOS rank as the top two operating systems in the study. Apple OSX has over 147 known vulnerabilities, with 64 of them being high risk. Apple iOS, on the other hand, has over 127, but with only 32 of them being high risk. Needless to say, despite being the most vocal group when it comes to computer and mobile OS platform superiority, none of them will be bragging about this study. 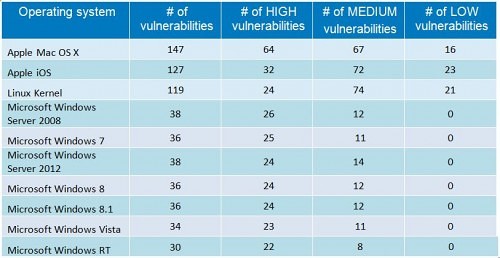 What about Microsoft? Despite powering the majority of all computer systems on planet earth, the study only found a total of 36 vulnerabilities in the just recently deprecated Windows 7.  Only 25 of them are on the high risk list. More current operating systems like Windows 8 and 8.1, also have 36 vulnerabilities, with 24 of them being on the high risk list. So just 1 fewer than Windows 7.

Microsoft can’t celebrate for long as their Internet Explorer browser, tops the charts, in terms of vulnerabilities. Over 242 were found in 2014, with a staggering 220 of those issues, being high risk. Google Chrome and Mozzilla Firefox follow, with around half the number of vulnerabilities, and with a much lower percentage of high risk exploits. Firefox does edge out Chrome, and with Google’s browser falling out of favour recently due to inexplicable bloat and sluggish behaviour, it seems to be the better performing choice as well. 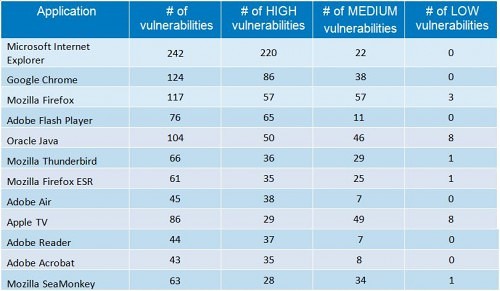 To be fair, the study was conducted throughout 2014, so with the number of patches and software updates, both companies could have closed a significant number of these issues before the publishing of this report. Keeping your operating system up to date is extremely important in being able to avoid any vulnerabilities that may come up down the road.

However, the study does note that a number of vulnerabilities are driven through browsers and by applications. So making sure that you’re running the latest version of all software, is also key, no matter how secure your OS.