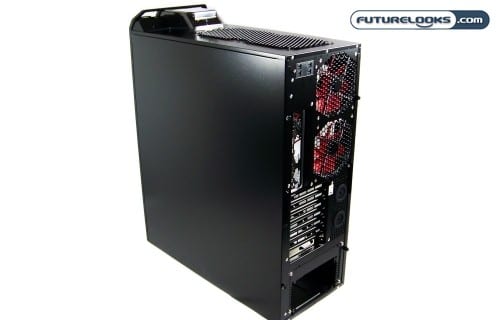 The back side reveals ports for water cooling, the two rear fans and literally any size power supply including Antec’s very own CP series. The two red bladed LED TwoCool fans include speed control switches mounted to the chassis and also control the top 120mm ones. Other nice touches include vented slot covers and a glimpse of the fully blacked out interior. 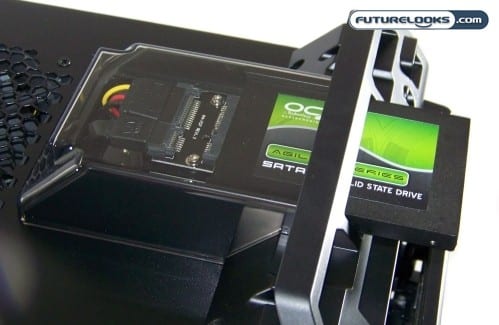 Integrated in to the top chassis is a hot swappable 2.5″ hard drive bay. It works with notebook and SSD drives alike. All one has to do is make sure it’s plugged in to a corresponding SATA port on the motherboard along with some power and you’re good to go. 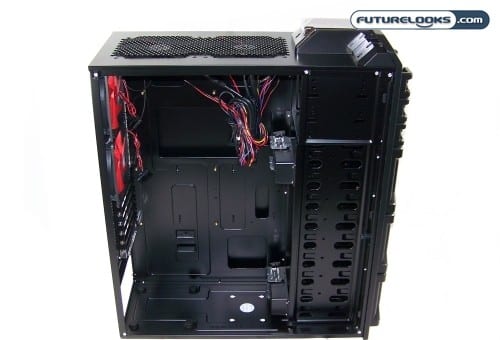 The two top 120mm TwoCool fans could be removed to accommodate a dual 120mm radiator if one feels the need to move to liquid cooling. There are also a lot of cut outs for effective cable management, especially behind the motherboard tray. There’s also a nice LARGE cut out to make swapping future CPU coolers easy. 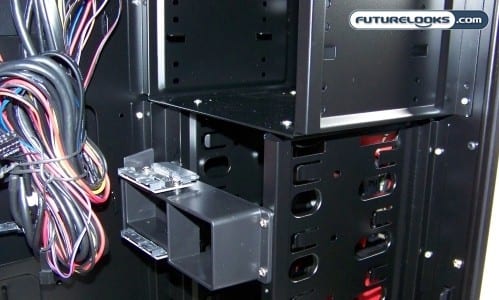 You can also see the two internal Fleet Swap SATA two bays up top and at the bottom. They are passthroughs so feel free to plug in your favorite SATA2 or SATA3 hard drives of choice. Once they’re installed, you’ll have to secure them via screws and the same goes for the optical drives. 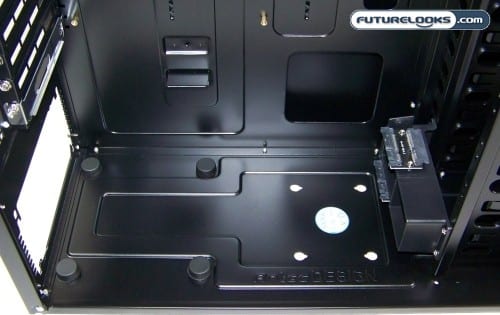 The bottom of the case offers plenty of room for your PSU as well as four thick rubber bumpers to comfortably sit on without scratching the PSU. To the front there is a spot for mounting your SSD.

Behind the Engine Room 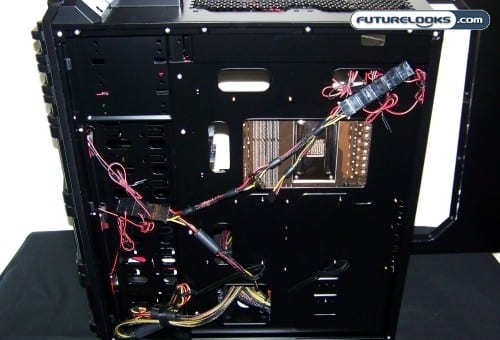 Behind the motherboard you can see there’s about 3/4 of an inch of space meant for organizing wires. All one has to do is tuck the extra slack inside and find one of the slip-ties to keep them in place. This means that whether you can be just as tidy with a modular or non-modular PSU.