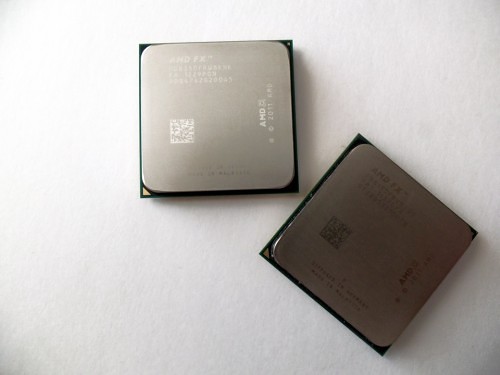 The only thing you need to take notice of when installing is that the AMD Vishera line are AM3+ processors. That means that unless your board supports an AM3+ CPU, you will not be able to upgrade. Although certain 890Fx boards did pledge support for Bulldozer, the waters get muddier with Vishera.

You may want to check with your motherboard manufacturer for recent BIOS updates to ensure 100% compatibility, but these CPUs are drop in upgrades for the most part with any AM3+ motherboard. I will be using the exact same test system for updating results for both the AMD FX-8150 and Phenom II 1100T CPUs and then finally, the FX=8350 “Vishera” CPU. Although I believe the FX-8350 would have worked without changing anything, even the BIOS, I did not have a chance as I had already flashed to the BIOS version 10e provided by GIGABYTE.

The FX-8350 was a very familiar dancing partner when it came to overclocking. It was my experience that the Vishera chips had the same overclocking characteristics as the Zambezi chips. I first started my disabling all the power management systems in the BIOS to avoid voltage drops.

If you are going to overclock your FX-8350 you need to watch your voltage settings. I never had an issue with overheating, but 1.55V was too much for my chip. I reached the 4.5 GHz at 1.55V, but moving to higher clock speeds required me to lower voltage to 1.525V. This seems to the sweet spot for my particular copy of the FX-8350 silicon. Your mileage will of course vary depending on a number of factors. 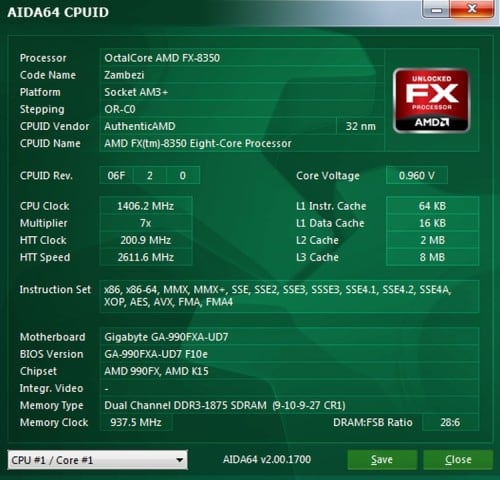 As with the FX-8150, I was able to get by system to boot at 5.0 GHz. Unfortunately booting was all I could get the FX-8350 to do at that speed. Stepping back, I eventually landed at 4.6 GHz for 100% stability. I was able to play Battlefield 3 and complete several tests at up to 4.8 GHz, but I still had some intermittent crashes. I believe moving to higher end liquid cooling would be necessary to reach speeds higher than 4.6 GHz. I would personally keep my FX-8350 at 4.5 GHz for daily use based on my experience.

Now let’s get on with the benchmarks and see how the new FX does against the old FX!

Once again lets setup some expectation by getting overall system performance. Since I no longer have the 1100T to retest, I will not be including its results here. The FX-8150 was retested with the new BIOS and recent software updates to keep things fair. 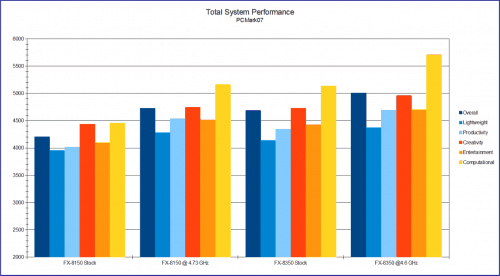 Now let’s get a good idea of how the FX-8350 will do in games. This is an important area for improvement as many PC enthusiasts are also gamers. There was minimal difference between the 1100T and FX-8150 in previous tests, so lets see if the Vishera CPU can pull away from the pack. 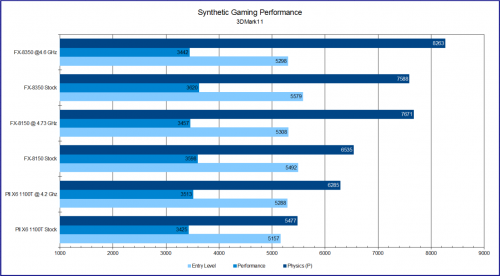 The FX-8350 leaves no room for doubt in these results by outperforming an overclocked FX-8150 while itself being at stock. It was strange to see a performance drop when the FX-8350 was up to 4.6 GHz, but did gain a bump in physics performance. This is an anomaly you often find with new products. I am sure, as with previous testing, this will be ironed out with a software update.

Now lets take a closer look at gaming performance starting with testing across all three DirectX versions. RE5 is tested at all maxed out settings, Vsync off, motion blur off, and unlocked frame rate. AvP was tested with default DX11 settings with tessellation on and high detail. Both were tested at 1920 x 1080 resolution. I will also be including previous benchmark results from the Phenom II 1100T as a comparison only. 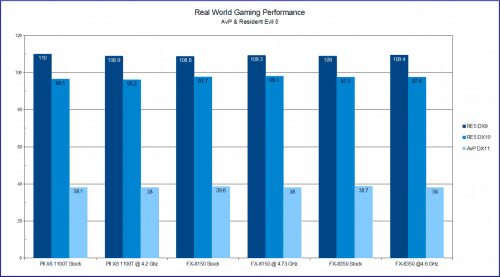 There is minimal to no difference in performance across all three chips. This shows that with these particular titles the graphics card is the limiting factor. I also noticed when overclocked I always got exactly 38 FPS as the result in AvP. I believe this could be a issue with the benchmark as there is also a slight drop in performance across the board from stock. Lets move onto something more graphically intense to get more detail about gaming performance.