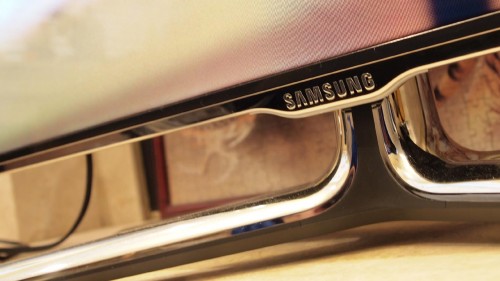 When it comes to flat panel televisions from Samsung, the current king of the hill is the Samsung 55-Inch LED 8000 Series. Just about anything that you’d want from a modern HDTV can be found inside that package. And it should, considering that this is easily one of the most expensive consumer HDTVs that you’ll find at your local home electronics store. We got to live with it for a little while and this is what we think of this premium priced beauty. 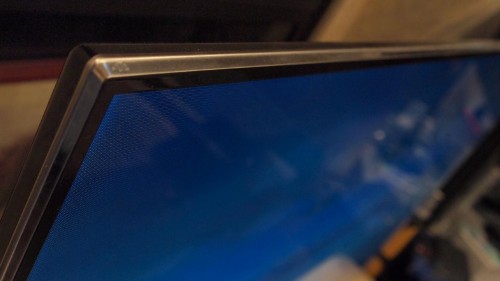 You might remember when we first saw this TV at CES 2011. That super slim chrome bezel looks even better close up, giving you an almost frameless home entertainment solution. The chrome “X” stand looks good too, but many people will likely opt for a wall mounted configuration instead. It helps that the TV is only about an inch and a half thick too.

In terms of raw specs, you get a 54.6-inch diagonal screen size with 1920×1080 resolution, micro dimming plus, 3D HyperReal Engine, Mega Dynamic Contrast Ratio, and 960 Clear Motion Rate. There is Wi-Fi built into this for all your network-connected features and, yes, this is completely 3D capable. You just have to supply it with 3D content and put on those 3D active shutter glasses. It is an LED TV, so you get selective dimming for darker blacks and brighter brights.

Given the availability of Samsung Apps, the embedded web browser, and other media-rich features, you may also be interested to know that the remote is two sided. One side is fairly conventional, but the other side has a full QWERTY keyboard and single line display. This certainly makes things a lot easier for that web-connected content.

At this time of year during all the hustle and bustle of the holidays, both price and availability are fluctuating. But don’t expect it to be much cheaper than just over $3000 for this beautiful looking display. It’s even less likely you’ll see it on clearance after the holidays because it’s still quite new. 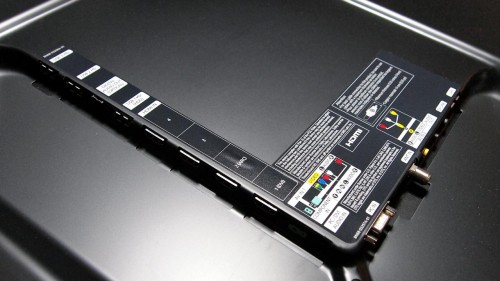 Swinging around to the back, it becomes clear that this TV was designed to be wall-mounted and with HD content only. All of the ports are parallel with the back panel rather than perpendicular, ensuring that your cords and cables don’t stick out of the back. You’ll also notice that while there are four HDMI inputs, there is only one composite and one component input, both of which require special splitters.

Aside from that, you’ll find three USB ports, one optical audio out, one D-sub PC-in, one RF-in, one PC audio-in, one mini-jack audio out, and an Ethernet LAN port. 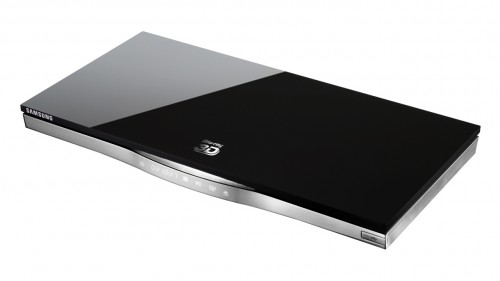 For the purposes of testing the Samsung Series 8000 LED HDTV, we had to ensure that we were using it to its full potential. As such, we mated the TV with two accompanying products. First, we used the BD-D6500 3D Blu-ray Disc player. This is a more recent version of earlier Blu-ray Disc players from Samsung. The most notable update is the inclusion of 3D support, but you’ll also notice the slim design and slot-loading drive.

On the audio front, we used the HW-D550 Crystal Surround AirTrack soundbar. We had previously reviewed the Samsung HW-C450, which is fundamentally the same idea. It’s not quite the same as having true surround sound, but it’s a heck of a lot more convenient. The soundbar is bundled with a wireless subwoofer.

Many people buy these expensive HDTVs and then they don’t invest in the accompanying equipment. We didn’t want to be one of those people and the only way we could give the TV a fair shake was to use it to its utmost.