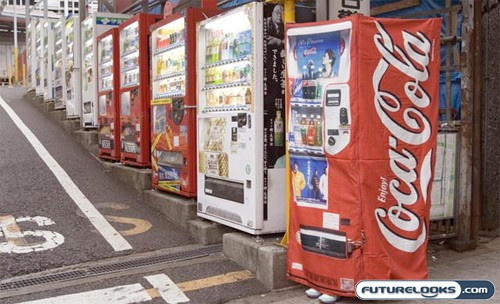 In terms of convenience, Japan is mind-boggling.  It’s not possible to go ten feet in any direction without stumbling into a vending machine, a convenience store, or a convenience store full of vending machines.  They are always nearly spotless and clean and they never break down. If they do happen to be out of something that you want, if you come back in an hour, someone will have probably restocked it by then.  At some restaurants, you order your food this way.  A vending machine gives you tickets to bring to your table, which the staff pick up and then bring you the corresponding dish.  This means you can leave right away without having to ask for the bill, which is a fantastic and quick way of doing things. This also means that you don’t have to tip.

The country is somewhat counter-intuitive in this way.  You can find food and drinks in vending machines nearly everywhere on the street, making it incredibly easy and quick to grab a snack on the go.  That is, it would be if it weren’t rude to eat while walking down the street or in a train station or a train car.  The same is true of the Japanese train/subway system itself.  It is nearly never late and although the cars are usually filled, you get where you’re going quite quickly unless you are out past midnight. All the trains shut down until around 5am.  I’m not sure about you but that seems almost like punishment for having fun.  Believe me when I say Japan has some fantastic nightlife. 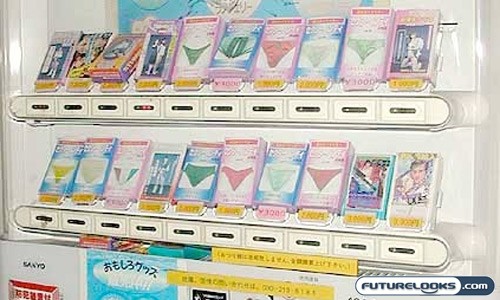 If you are indeed looking for the mythical Japanese vending machines that sell used undergarments, let me save you some time: They do not exist1  At least they don’t anymore.  Apparently there were some of these around but a government crackdown led to their removal years ago, depriving tourists of a rather interesting picture and perverts of easy access to…well, used underwear. 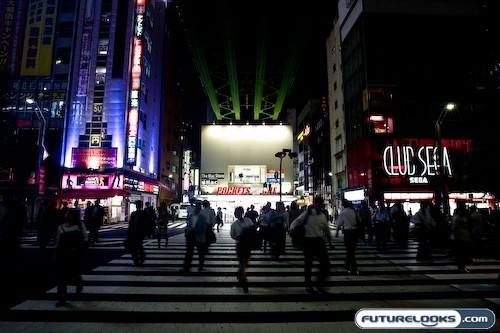 The evolution of the global technological village means that the bright lights of Akihabara are slightly dimmer than what they used to be.  In fact, I found that the best prices in Tokyo aren’t in the “Electric City”.

There’s still much to see in the center of otaku (def: guys that spend all their money on comic books and video games rather than…everything else) culture.  While you’re not going to save much on new equipment, Akiba, as the locals call it, is the place to be to find used retro games and game systems.  There are buildings with floors upon floors of old school Famicom or Sega Genesis and such. 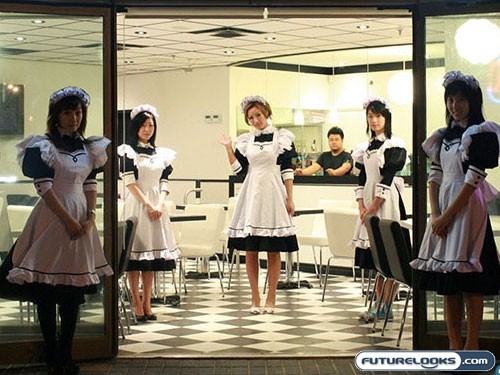 If you really want to experience Japan’s Otaku culture, you might want to check out a maid cafe, where local geeks go to enjoy a cup of coffee served to them by a cute girl in a maid outfit.  Don’t worry, ladies, you aren’t forgotten in this department as there are butler cafes as well.  The real appeal of a maid cafe, however, is that the maids speak to you in a very respectful manner, like you’re their master.  This may be lost on those with little or no understanding of Japanese honorifics and some may not be very welcoming to foreigners but it is something uniquely Japanese…or perhaps just uniquely Akihabara. 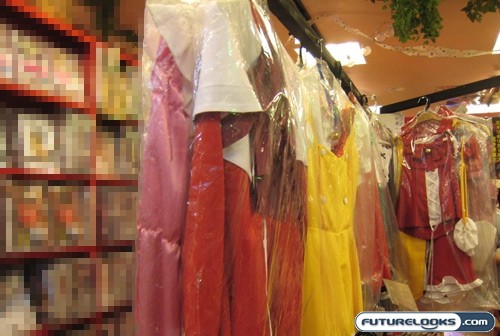 Akihabara is also home to many, many DVD shops and bookstores but be warned; although the bottom floor is rather standard, things get freakier and freakier as you ascend the narrow staircases.  I’m sure you know what I’m talking about by now.  You may also find a variety of costumes inspired by Japanese comics and anime in varying sizes.  I stumbled upon some suspiciously sized handmade Sailor Moon and other typically female outfits that perplexed me…until I found out they were made for men.  Then I was just a bit scared.