From a pure techie/gadget standpoint, the Flip Video product line is nothing special as similar products littered overseas shelves even before the first Flip hit the market. So what make’s the Flip so special? Well, for starters Oprah Winfrey got a hold of it and showed it to her millions of fans. But more importantly, Pure Digital, makers of the Flip, keyed in on the fact that people were starting to make use of online video services like YouTube in a big way. Despite the fact that the Flip doesn’t do HD, or heck, even the same quality as a quality compact digital camera, Pure Digital got one thing really right for the YouTube generation: Ease of use. 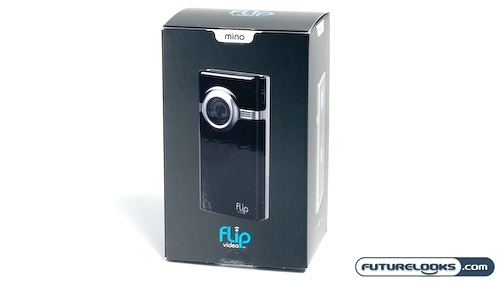 This month, Pure Digital released their latest product, the Flip Mino. Based on the wildly popular and totally Oprah endorsed Flip Ultra, the Flip Mino gives us a unit that is 40% smaller, a touch sensitive control pad, and a rechargeable internal battery. In addition to that, the Flip Mino gives Mac users a small gift in the form of a Codec that can be installed to allow iMovie 08 users to direct edit their videos; a feature that was missing in the previous Flip Ultra. In fact, if you own an Ultra, we’ve tested it, and that Codec will work with all the videos you shot on your Flip Ultra too. How cool is that? 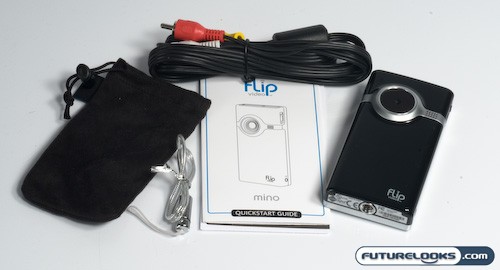 Inside the box, you get the Flip Mino itself, a simple instruction booklet, a case, a hand strap, and a set of AV cables for hooking the Flip up to a TV set for instant big screen gratification. There is no software CD as the Flip Mino is preloaded with all the software that you’ll need to instantly share your videos in case you lack some of your own. Unfortunately, if you format the unit by accident, The Flip website contains no trace of a download link to restore these applications so just make sure you don’t do that until someone figures that out and puts up the link, or quickly backup your software to your hard drive.

Missing is a USB extension cable which made the previous Flips impossible to insert alongside another USB device. Well, you’re going to run into the same problem with the Mino, however, you can purchase one directly from Pure Digital for only $14.99…OUCH! I’m not kidding.

The Flip Mino vs the Flip Ultra

As mentioned, the Flip Mino is a good 40% smaller than the Flip Ultra, making it that much easier to take with you. Part of the reason why the Flip Ultra was so popular was because it could be taken with you easily. The Flip Mino does this even better by being even slimmer. It’s also a lot lighter, weighing in at only 3.3 oz vs the more portly 5.2 oz of the Ultra. 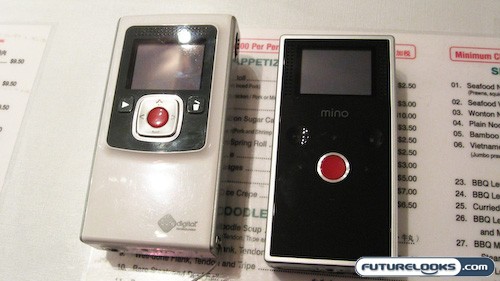 Although the form factor has shrunken, Pure Digital was able to maintain the size of the 1.5 inch screen while adding in a new touch sensitive control interface. First impressions of the touch control was that it was way to easy to push the wrong buttons, but we’ll see if that becomes an issue in testing. Contributing to the shrinkage is the use of an internal lithium ion battery that gives up to 4 hrs between uses, compared to the two AA batteries that power the Flip Ultra. 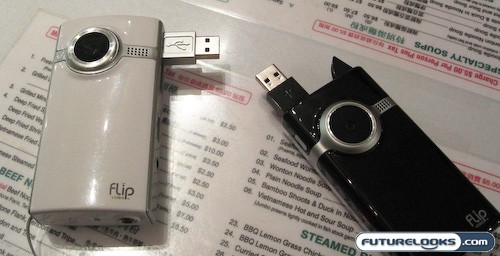 Pure Digital has also relocated the USB connector to the top of the unit whereas the Flip Ultra had it on the side. The main advantage that I can see is that the Flip Mino now blocks off fewer USB ports on your computer when inserted. But of course, you can buy their USB extension cable for $14.99 which is such a rip off. Just include the cable damn it! The connector ejects with a switchblade like action allowing you to quickly download your videos to your computer. It also doubles as the charging mechanism for the Flip Mino as it will top up whenever you plug it into a USB port to download your videos.