One thing that I’ve learned from using all sorts of cameras is that the quality of the glass matters more than the body in many cases. The Flip Mino has a noticeably smaller lens than the Flip Ultra. Although the specs say that both lenses are f/2.4, which is merely OK for low light conditions, I’m willing to bet that low light performance won’t nearly be as good based on this observation. Otherwise, why would one spend so much on bigger lenses? On that note, the microphone does appear to be the same in both units so we suspect that sound quality should be similar.

The Flip Mino in the Real World

So the Flip Mino brings quite a few apparent improvements to the mix, but not everything is as much of an improvement as it would seem. 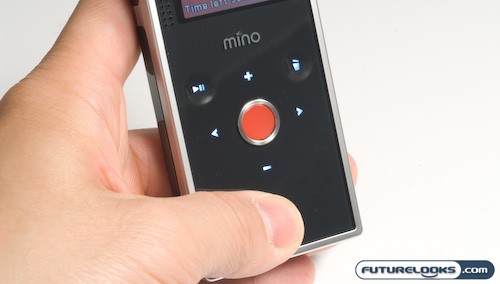 First off, in my day to day use, I found the touch sensitive controls frustrating. While grasping for the unit, I would seemingly hit other buttons in my quest for the big red middle button. On the Flip Ultra, I just knew where it was by feel. This is definitely a step backwards in terms of ease of use. What they could have done to improve is maybe separate the buttons a bit more compared to the Flip Ultra, which would allow a better button pushing experience, especially if you’re in a rush to get the shot. Many times I’ve ended up pulling up the delete menu by accident, but you can lock the delete button if you wish. 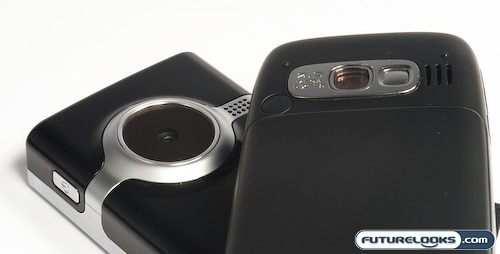 The size of the Flip Mino gives it a very public friendly look to it. Since it’s not pointed at you like a camera, you can get away with using it in many situations that you normally would make people feel uncomfortable in. In fact, the unit resembles that of many camera phones, which would allow you to make like you’re texting while you’re actually getting footage of someone doing something stupid for that easy $400 bucks on Break. You can even mute all the sounds if you wish, however, you can’t mute the red light when recording. Electrical tape is cheap though. 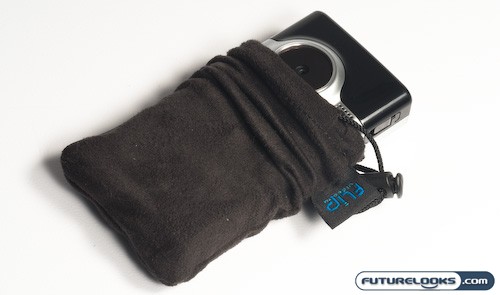 The Flip Mino’s have gone to a glossy paint job, but the one that suffers from this the most is the black color as it looks completely filthy after even minor handling. It does come with a carry case which I highly recommend you use because that glossy finish also seems quite susceptible to scratches, a lesson that Apple learned with the nanos. I know glossy looks cool, but it looks less cool when scratched to death. Since Pure Digital intends everyone to take the Flip Mino everywhere, it’ll end up in a lot of pockets with change and keys… you get the idea. Like Russell Peters says “Do the right thing!”

I have no clue why, but probably one of the nicest physical features that the Flip Mino retains from the Flip Ultra is the use of a metal insert for the tripod mount. Unfortunately, I can’t see this device being mounted to a tripod very often, but gee, thanks. Personally, I’d rather see a USB extension cable in the box which would prove to be far more useful.