Search
Home
Reviews
Kingston HyperX Cloud II Gaming Headset Review
Of all the headsets I've had the privilege of using, the performance of the Kingston HyperX Cloud II Pro Gaming Headset exceeds its price point. The audio quality alone is nothing short of fantastic to experience during any gaming
Pros
Cons
2015-04-17
9.5Overall Score
Prev1 of 2Next

It was just last year that Kingston HyperX decided to rebrand some SteelSeries headsets. Sure, they were pretty good headsets for gamers on a budget. Plus, they had that cool HyperX logo which for some enthusiasts really shows pride. The HyperX team then released the Cloud Gaming Headset, which was truly indicative of enthusiast level gamer quality. Not only do the QPAD drivers sound great, but they’re superbly crafted and quite comfortable. In fact, I’ve been hard pressed to meet someone who has been unsatisfied by the HyperX Cloud.

While the Cloud version 1.0 headset offered great audio quality over analog output, the HyperX Cloud II offers the same via a USB 2.0/3.0 headset. It even favors motherboards with some DAC assisted support like the ones from Gigabyte. Is it as good as the first? Even better? Let’s find out! 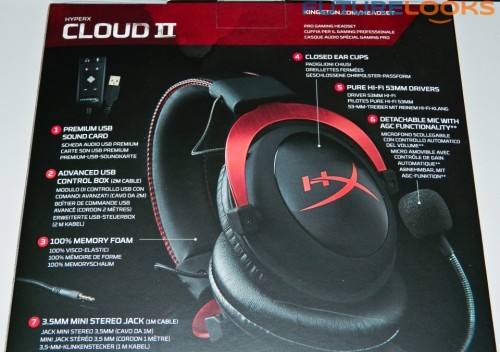 The Kingston HyperX Cloud II headset, which we first saw at CES earlier this year, is essentially physically the same as the V1 in design, comfort and quality. For example, the 53mm drivers are still made by QPAD, which makes amazing audio speakers. That’s the main reason why they sound so good. Both headsets also support both PC and consoles. That includes Mac, because it is a PC.

In addition to the black and red version shown here, the HyperX Cloud II is also available in black and gunmetal, plus a limited edition version in white and pink. 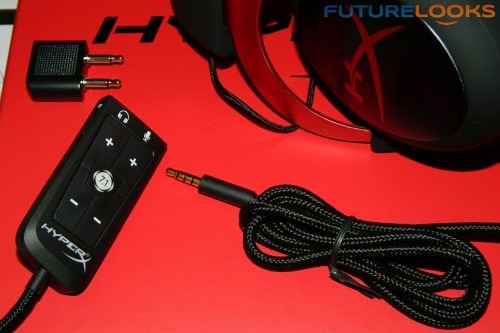 The Kingston HyperX Cloud are high quality stereo while the HyperX Cloud II come with a built-in USB-powered 7.1 HD DSP sound card. That feature can be toggled on and off, from 7.1 surround to stereo. That’s great since some games simply don’t sound so hot in multi-channel mode. The audible difference is that the V1 requires a good audio add-on source, while the Cloud II produces its own audio, making for a richer out of the box experience. 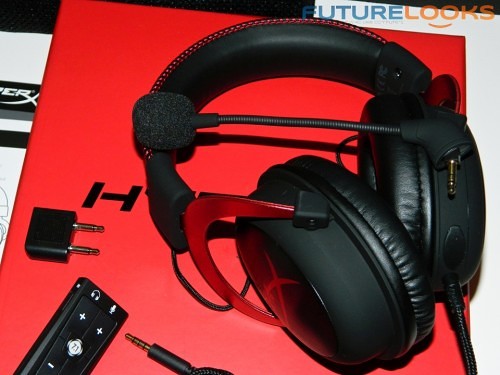 When it comes to hearing all those high and low frequencies, the Kingston HyperX Cloud II ues the internal DSP sound card through 53mm drivers. These create a 15-25K Hz frequency response, meaning the bass will be powerful while the mid range and treble will delight your senses. It’s my professional opinion that a premium or pro gaming headset offer these kinds of specs so that they measure up no matter what source you plug them into. However, if the source is great, your headset will sound great too.

All the Included Accessories 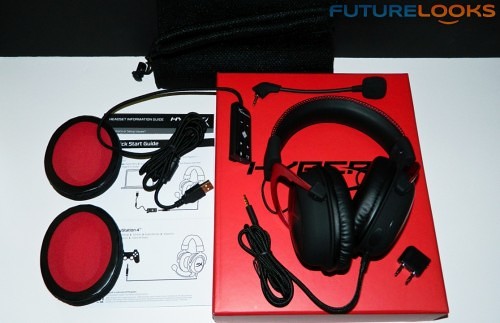 The bundle includes a 6.56 foot extension cord that plugs in to the 3.28 foot default cord. That’s why it’s great for gaming consoles. The mic is removable which plugs in to a rubber grommet-covered port (seen on the right ear cup on the headset). This headset comes with a single-to-dual adapter for using on airplane trips, which we almost never have when needed. Two replacement or optional ear cup cushions are included. Plus, the entire package can be stored away in a nice carry bag, or back in the box if you prefer.